Architect Balkrishna Doshi, the winner of the prestigious Pritzker Prize, passed away on Tuesday at the age of 95.

Internationally acclaimed architect and planner Balkrishna Vithaldas Doshi, the founder of Ahmedabad-based famed Centre for Environment Planning & Technology (CEPT) University, passed away on Tuesday morning at his Ahmedabad home. He was 95.

Doshi was cremated around 2.30 pm in Thaltej. Prominent people from all walks of life were there to bid him a tearful farewell.

He was a recipient of the Padma Bhushan and the Padma Shri and was also the first Indian to receive the Pritzker Architecture Prize. In 2022, he received the Royal Institute of British Architects' Royal Gold Medal at his home, with a team coming to Ahmedabad to present him with the medal.

His home, where he passed away, is located just about 2 km away from CEPT that he set up.

Doshi, who studied at the JJ School of Arts, Mumbai, has worked with eminent personalities such as Le Corbusier and Louis Khan and was an institution in himself.

His works include the design of the Indian Institute of Managements at Bangalore and Udaipur and Hussin-Doshi ni Gufa, which later came to be known as Amdavad ni Gufa, in Ahmedabad.

Doshi was awarded with the Aga Khan Award for Architecture for the Aranya Low-Cost Housing Scheme that he developed in Indore. A team of young architects has been working in his office Sangath, set up by him.

In keeping with Doshi’s style and demeanour, the family sent out a note on social media to inform people about his demise and said no one loved life more than him. The family pointed out that he would always urge people to celebrate life. They also said he had a long list of people whom he loved dearly and who reciprocated in the same way.

Balkrishna Doshi is survived by his wife Kamala and three daughters Tejal, Radhika, and Maneesha. Tejal is a textile designer, Radhika a fashion designer and architect, and Maneesha a painter.

During his media interviews, Doshi had often said that he saw architecture as a celebration of life and lamented that it was disappearing today. He had said that today architecture is all about fulfilling a certain set of concrete functions and obligations. He had not commented on the Central Vista project, which has been criticised by some planners. 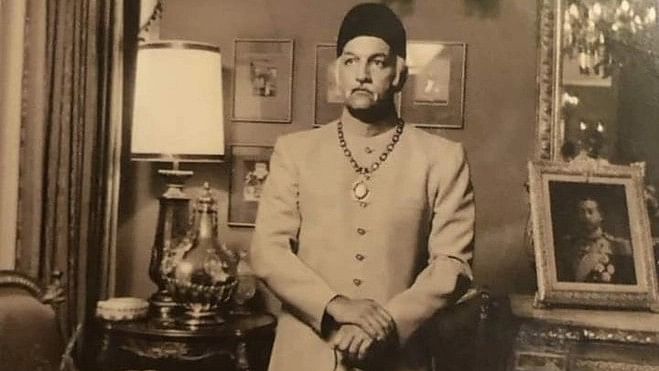 7 effective tips to deal with hair fall in winter

Here's why vitamin D3 and B12 deficiencies are a silent epidemic