In a tête-à-tête with Subhash Awchat, the master tells MUKUL RAI BAHADUR that his ‘Sacred Garden’ reflects the lost glory and desire to get back the good days

Subhash Awchat is a senior artist in Mumbai art circles. Born 1950 in Otur, Pune district, Maharashtra, Awchat is a person who has multifarious efficacy in his life, like writing, painting and designing. Awchat's writing is an offshoot of his art in that each time he struggles with his artwork he returns to writing as a creative outlet. He acted in the award-winning Marathi film. He started his career as a graphic designer but he left the world of advertising to start painting. From the age of 16 he started designing book covers; cover design is his passion.

I call him ‘Bhau’ with love and respect, he takes up ordinary images and transforms them into an astonishing visual pleasure.

I last met Awchat recently at his studio in Bandra, where he is gearing up for his upcoming solo exhibition... 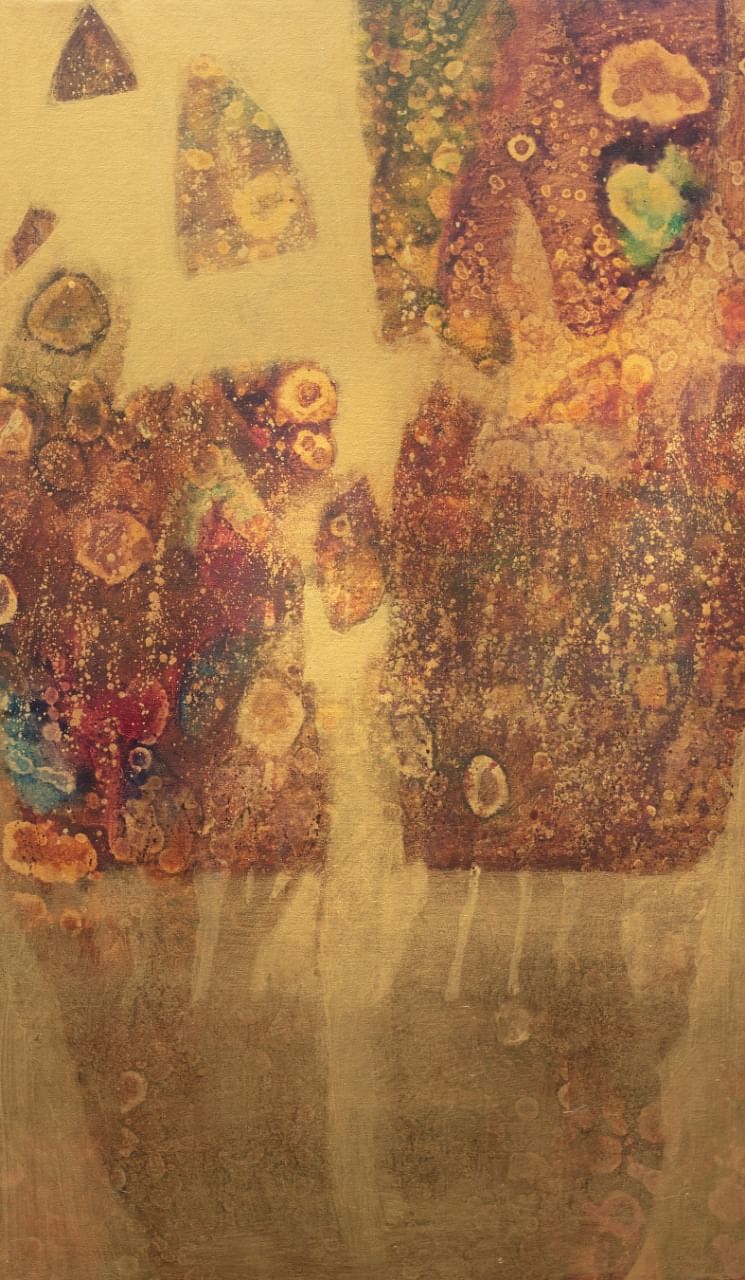 What is the importance of colours in your work?

- Colours are crucial to my work. They hold everything composed. The pictures as well as the feelings are twisted by them. Colours hit you in the face, be it the cheerful red, the orange or the saffron, making you blink. Symbolic and with highly original themes depicted in the best story-telling traditions, I try to bridge the gap between cultures, and try to bind humanity together.

From the Warkaris (a religious sect of Maharashtra) to porters and the current ‘Sacred Garden’ (abstract) series, you draw on the rich cultural heritage of India and transpose them on to the canvas to create images of prodigious beauty. Tell us about your upcoming solo show ‘Sacred Garden’.

- A sacred garden is a religiously-influenced garden, it originates on temple grounds. Religion has been an important influence on garden design. Temple gardens were made in Mesopotamia and ancient Egypt. Sacred groves were made in ancient India, Greece, Rome, China and Japan. Sacred trees were important in Celtic and Germanic Europe and still are important in India.

Many groves or forests were sacred in ancient India and continue to be so in modern Hindu worship. Buddhism had a significant influence on garden design, with the Zen gardens of China and Japan as famous examples. In Christianity, particularly Catholicism and Anglicanism, Mary gardens are common among churches and institutions.

The Sacred Grove is a philosophy in Africa, a ritual in the Amazon, an inheritance in the Americas, a healer in Australia and it should not become a memory in India. I did not replace the grove with an image as is often done in our culture rather I propose an abstraction as a realm to meditate and think.

My works reflect the lost glory and pray to get back the good days.

Subhash Awchat is an ingenious metaphoric painter, sculptor and poet. Do you decide every morning when you wake up which Awchat will it be today?

- Multitasking makes me catch better ideas, I like working across mediums which helps in bringing the flexibility. This doesn’t mean I am master of all trades, but I enjoy doing what I like. All of this is not done for some commercial purpose but to innovate for the soul.

Your ‘Clowns’ series has numerous philosophical observations which in our everyday life we miss.

- I worked on the Clown series from 1986 to 1991. Painting clowns gives me happiness, it takes away all the sorrow, grief and pain from my body. Clowns are there to make everyone happy.

My works got influenced by modern clowns which are strongly associated with the tradition of the circus clown, which developed out of earlier comedic roles in theatre or Varieté shows during the 19th to mid-20th centuries.

Tell us about the story-teller in you. How vital a role does that play in picking your subjects?

- I wrote the novel Madam in memory of Smita Patil, an assortment of short stories. The book, ‘Studio’ was collated from diaries that I wrote over two decades, and opens with a poem dedicated to Patil, who was my childhood friend.

‘Studio’ does not explicitly deal with my art, but the undercurrent of art is forever present. Here, in my own way, I have expressed my story about art among other things. I have tried to explore the need for an artist to step out of the immediate urban microcosm, and into the rural India.

I like picking different subjects as it makes you an upright story-teller.

(Mukul Rai Bahadur is an art lover, collector and critic)