New Delhi: The Delhi High Court on Thursday sought the response of the Central Bureau of Intelligence (CBI) and others on a bail application filed by former BJP MLA Kuldeep Singh Sengar convicted for raping a 17-year-old girl in Unnao in 2017.

Issuing notice to the CBI and the survivor in the rape case, a division bench of Justices Siddharth Mridul and Rajnish Bhatnagar slated the matter for further hearing on May 25.

Sengar knocked the doors of the High Court with his pending appeal against the order of the lower court which convicted him for the rape.

During the course of the hearing, Sengar's counsel argued that the victim was not a minor at the time of the offence, stating that the applicants have been seeking her age certificate.

On December 20, 2019, a Delhi court sentenced him to life imprisonment, and a fine of Rs 25 lakh, of which Rs 10 lakh would go to the victim and Rs 15 lakh to the prosecution.

"He is a public servant...There was a betrayal of faith that people put in him. All possible coercive measures were taken to harm and silence the victim," Sessions Judge Dharmesh Sharma had said while awarding the sentence.

"Girl and her family have already been provided with a home for one year. Thereafter, I am asking CBI to assess the threat measures and all possible efforts to protect her and provide her a shelter after the current shelter lapses," the court had said in the order.

Notably, on December 20 last year, the court had discharged Sengar, along with five others in a criminal conspiracy case linked with an accidental case of the victim and her family members.

The case pertains to an accident on July 28, 2019, when a truck had rammed into the vehicle in which the rape survivor, her lawyer, and two relatives were travelling to Rae Bareli. The rape survivor and the advocate sustained grievous injuries while the two others were killed on the spot.

However, the court had observed: "No prima facie evidence on record to charge Kuldeep Singh Senger regarding a criminal conspiracy to extend threat to kill the victim or her members. No charges can be framed against him."

Also in March 2020, a special court sentenced Sengar, his brother Atul Singh and five others to 10 years imprisonment in two cases linked to the death of the Unnao rape survivor's father in 2018.

Kuldeep Sengar was expelled from the BJP and disqualified as a member of the Assembly after the trial court convicted him. 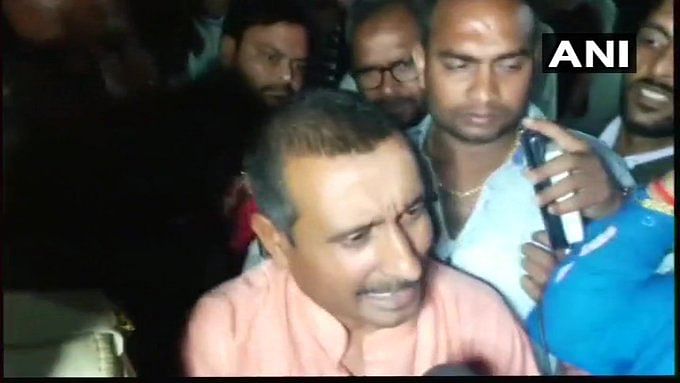