A division bench of Justices Nitin Jamdar and NR Borkar clubbed the cases observing: “We see no impediment in clubbing of the FIRs.”

In a major relief for Marathi actor Ketaki Chitale and pharmacy student Nikhil Bhamre, the Bombay High Court on Monday clubbed all the FIRs filed against them in the state for their social media post against NCP chief Sharad Pawar.

A division bench of Justices Nitin Jamdar and NR Borkar clubbed the cases observing: “We see no impediment in clubbing of the FIRs.”

The court has ordered that the first FIR filed against them be treated as the main FIR whereas the remaining FIRs be treated as statements under section 164 of the Criminal Procedure Code.

Section 164 deals with the recording of a statement of a witness or confessional statement by an accused.

The Hc was hearing two petitions filed by Chitale and one by Bhamre seeking quashing of the cases against them. In the alternative, they sought clubbing of the cases. They have also sought that the court declares their arrests illegal and award competition.

During the last hearing, the HC had asked Chitale and Bhamre to add the complainants in the case as respondents to the petitions.

On Monday, advocates for the complainants were present in the court on Monday and raised objections to the quashing of the FIRs.

However, they said they had no objection to the clubbing of the FIRs in view of the SC judgement.

The first FIR was filed against Chitale in May at Kalwa Police station in neighbouring Thane district. She was arrested and was released on bail in June by Thane sessions court. She has a total 22 cases filed against her in the entire state.

As far as Bhamre is concerned, the first FIR was filed on May 13 at Naupada police station in Thane. He is facing six cases.

The HC has asked the government and the complainants to file their reply by the next date of hearing on September 6. 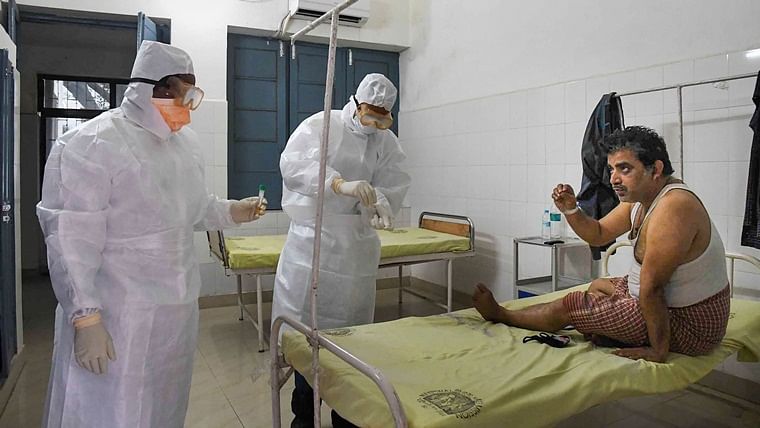