The trial against Akil Ahmad, currently on bail, cannot proceed unless the Centre accords it's sanction under Section 19 of the Prevention of Corruption Act, a mandatory requirement

The trial against Ahmad, currently on bail, cannot proceed unless the Centre accords it's sanction under Section 19 of the Prevention of Corruption Act, a mandatory requirement, they said.

The Central Bureau of Investigation (CBI) has already filed its charge sheet against Ahmad and other accused in March this year without the mandatory sanction from the government, they said.

The special court has at least issued four orders since then directing the agency to expedite the sanction from the government so that it can proceed in the matter but to no avail, they said.

The CBI expects another one month to get the sanction, they said.

The agency has recently assured the special court that it will try to expedite the process in one month, they said.

Ahmad, posted as regional manager, had allegedly demanded a bribe of Rs 20 lakh from Dilip Buildcon Private Limited on December 30, 2021 with respect to "Chennai Expressway Package 1 and 2" being constructed by the company in Karnataka, officials said.

Executive Director Devendra Jain had allegedly sanctioned the payment of the bribe to Ahmad which was to be delivered through one Anuj Gupta using hawala channel.

The agency had kept the accused under surveillance, they said.

The CBI had conducted a trap proceeding on December 31, 2021 during which a black colour bag lying beneath the table of the office of Gupta carrying Rs 20 lakh cash was recovered.

Following the recovery, the CBI arrested Ahmed from Bengaluru. It collected voice samples of the accused to match with its interception records and also seized WhatsApp exchanges between them, they said.

The agency has alleged that Rs 4 lakh in cash was recovered from Ahmad's premises during searches while another Rs 50 lakh in cash and four kg gold bars and jewellery estimated to be around Rs 2.20 crore were seized during the inspection of lockers on January 4, 2022.

The agency has filed a charge sheet against all the accused. 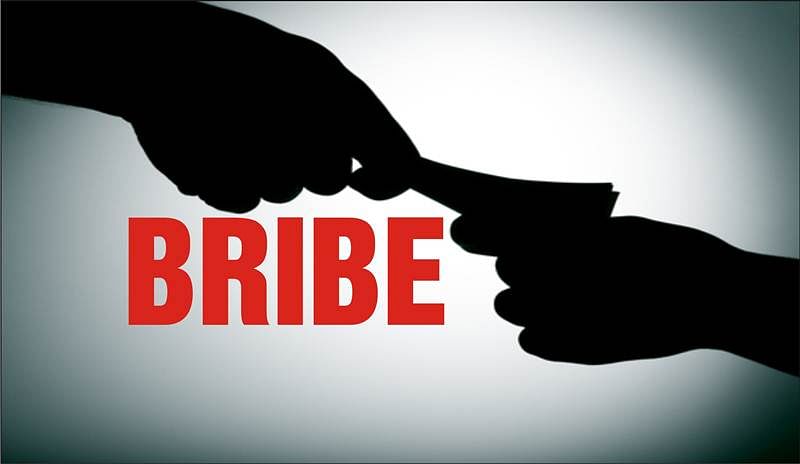