Justice Sandesh had made observations against the ACB last week and its functioning while hearing a bail plea of P S Mahesh, a deputy Tahsildar in the office of the Bengaluru City Deputy Commissioner

Bengaluru: Justice HP Sandesh of the High Court of Karnataka on Monday said he was threatened with transfer after his remark against the Anti-Corruption Bureau (ACB) that it had become a "collection centre". He said he was unfazed by such threats

Justice Sandesh had made observations against the ACB last week and its functioning while hearing a bail plea of P S Mahesh, a deputy Tahsildar in the office of the Bengaluru City Deputy Commissioner.

Two staff members of the office were arrested for receiving a bribe of Rs.5 lakh in exchange of favourable order in a land dispute.

The court had taken objections as to how senior officers were being protected and only junior staff were being prosecuted in the case.

In a related development today, Manjunath J, the IAS officer and former Bengaluru City Deputy Commissioner, was arrested in the same case by ACB.

Justice Sandesh had said the ACB had become a "collection centre" and the ADGP of the ACB a tainted officer. The court had, on June 29, ordered the ACB to produce details of all cases since 2016 in which the ACB had filed 'B' reports.

When the case came up for hearing again today, Justice Sandesh said, "I am ready for it, for the good of people. Your ACB ADGP seems to be a powerful person. Somebody has told this to my colleague. I have been informed about it by a judge. The threat of transfer will be recorded in the order." Seemanth Kumar Singh is the ADGP of ACB.

The Judge further said he wasn't afraid of the threats.

When the ACB counsel informed the court that another Bench is hearing the matter pertaining to the report on 'B' reports, a term for closure reports, Justice Sandesh said, "You have been filing B-reports on those who were caught red-handed. Why are you not furnishing details to me, while the information has already been given to the Division Bench?"

In a further remark on the ACB, the court said, "Are you protecting the public or tainted persons? The black coat is not for the protection of the corrupt. The corruption has become a cancer and it should not reach stage four. The officers are being extorted after threatening them with search warrants."

The court had earlier directed for submission of the service records of the ACB ADGP.

"The service records of ACB ADGP have not been produced before the court. You have reached a stage of issuing threats to the judge. The whole state is mired in corruption. If Vitamin M is there, you will protect anyone," the court said.

The court ordered the presence of the DPAR Secretary in the next hearing on July 7. 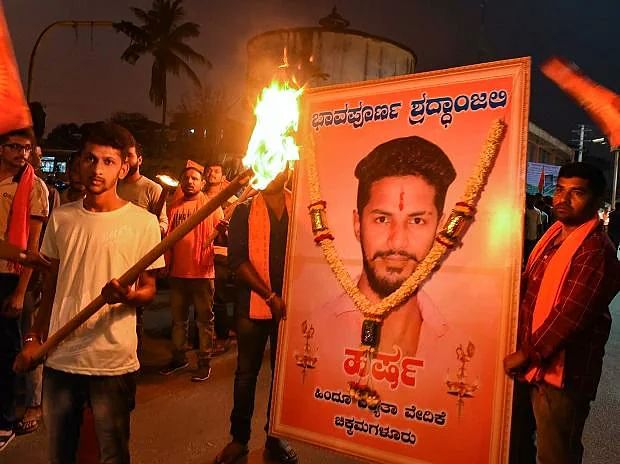