New Delhi: After being listed as an urgent matter on January 5th, the Supreme Court has now allowed the resumption of counselling for NEET-PG and UG courses based on the existing 27 % Other Backward Class (OBC) and 10% Economically Weaker Sections (EWS) quota in all India quota medical seats (MBBS/BDS and MD/MS/MDS) for the year 2021-2022 today.

The special bench led by Justice D Y Chandrachud and Justice A S Bopanna upheld the OBC quota but said it would arbitrate the rationale behind the Rs.8 lakh income cap for EWS candidates in the third week of March 2022.

The petition, which challenged the notification released by the Centre and Medical Counselling Committee on July 29 to provide 27 percent reservation to OBC and 10 percent to EWS students in all India quota medical seats, was heard by the special bench for two consecutive days. While asking the concerned parties to file their written submission for consideration, the court urged yesterday to start the PG counselling 'in the national interest.'

The NEET PG counselling for the 50 percent all India quota (AIQ) seats was scheduled to begin on October 25 last year but the MCC had postponed it following the Supreme Court’s direction as it was hearing the challenges to the notification. Though the judgment gives hope to PG aspirants as they would be able to see a final call on the situation, many of them are still disappointed about the way things have turned out.

Free Press Journal spoke to some of them to get their thoughts on the situation. Aishwarya Patil, a student of Seth Gordhandas Sunderdas Medical College in Mumbai, said she is baffled by the delay of examinations last year to the counselling process this year. "Even though the court has given its decision today, I don't think we are looking at things resolving completely until the next month or two," she claimed.

Another student Neha Seth, who took her NEET exam last year, is angered by the situation. "We are way past feeling frustrated now. This shipwreck of a situation has made many of us feel disillusioned with the system. I was supposed to be a resident by now but I am still awaiting my counselling and there's no headway so far," Neha told FPJ. "Resident doctors are not the same as practicing ones, they are also studying for their degrees and are not able to give enough time to the same. The medical fraternity shouldn't face such uncertainty every year", she added.

Resident doctors across Delhi and some parts of India were protesting against the delay in NEET PG Counselling for two weeks. Led by the Federation of Resident Doctors' Association (FORDA), the doctors called off the strike on Friday after assurances from the government that their demands would be looked into.

Neha Nayak, a resident doctor at Yashwantrao Chavan Memorial Hospital Pune, told FPJ that without the adequate amount of sleep and food many resident doctors have become immunocompromised and "won't be able to work with the same energy they had during the first and second waves."

The present scenario has also put a lot of students in limbo about the next step they should take following the delay in PG Counselling according to Aakash Tiwari, the National Academic Director of Aakash Institute.

"Students who realize that they probably haven't scored good marks in the NEET exam are already preparing themselves for the next one but the real quandary is among the students who believe they will be able to get into a good college with the scores they have got but at the same time are unsure about how the situation is going to unfold. Either they have to prepare for NEET 2022 or wait for this situation to get resolved," he said.

The delay in examinations has also contributed to the woes of students. "If the exams would have happened in September, students could have started their counselling by November and joined their respective colleges soon." Mr Tiwari added. 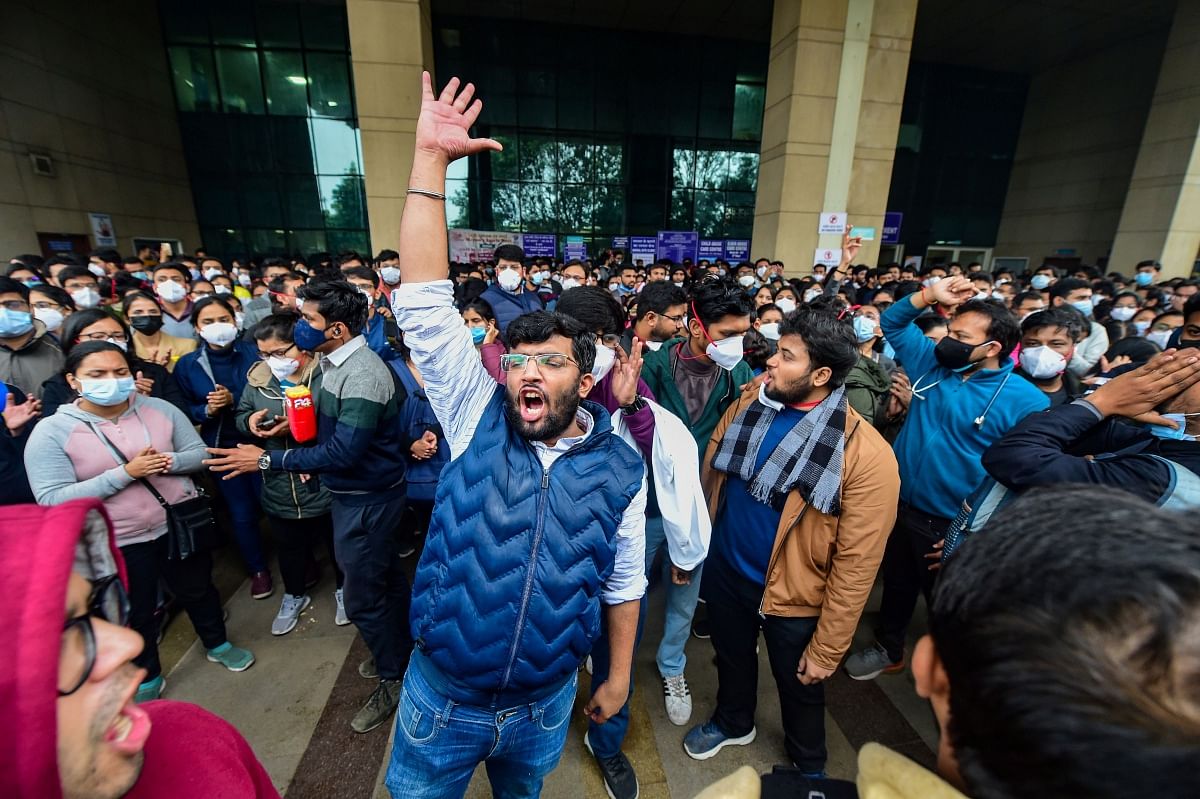