FPJ Legal: Nawab Malik tells Bombay HC that he will not make any statements against Sameer Wankhede and his family till December 9

State minister and NCP leader Nawab Malik told the Bombay high court on Thursday that he will not post any tweets or make any public statements against Narcotics Control Bureau (NCB) zonal director Sameer Wankhede and his family till December 9.

Malik’s counsel Karl Tamboly and advocate Ashish Gaikwad made the statement before a bench of Justices Shahrukh Kathawalla and Milind Jadhav after the judges expressed that they were inclined to pass an order restraining the minister from making public comments against the Wankhedes until further hearing.

The HC was hearing an appeal filed Dnyandev Wankhede, NCB officer’s father, seeking restrain on the minister in his defamation suit after single judge bench refused to grant him relief on November 22.

On Thursday, the HC said that it was apparent that Malik's tweets had stemmed out of malice. Justice Kathawalla said: “Why is the minister behaving like this? Why should he behave like this we want to know? This is nothing but malice. Please read the dictionary meaning of malice.”

Senior counsel Birendra Saraf, appearing for Dnyandev, argued that the single bench had recorded in its order that Malik had made allegations against Sameer Wankhede pertaining to his religion, and his having received illegal gratification while on duty without due verification.

Saraf argued: “The findings of the single bench are that the tweets (Malik's) had actuated out of malice and animosity and yet, no relief was granted.”

Saraf further said that Malik had defamatory statements against everyone on the family. “He (Malik) has spared no one.. my daughter, my dead wife. This morning too he has tweeted,” argued Saraf referring to a tweet made by Malik on Thursday morning.

Malik has claimed that Sameer, a born Muslim, had falsely claimed in his caste certificate to belong to a designated scheduled caste category to secure his central government job.

On a query from the judges, Tamboly said that they have not made any complaint before the caste scrutiny committee.

“Any complaint made to the Caste scrutiny committee? If no then what is he trying to prove? Is this for media publicity? For claims of caste falsities, everyone has a redressal forum (the caste scrutiny committee),” said justice Kathawalla, adding: “If there is a caste certificate in his (Malik's) favor, then instead of all this media publicity that he wants everyday especially after his son in law was arrested by Wankhede, why not approach the committee?”

The judges even questioned: “He is a minister.. does it befit him to do all this?”

The HC then said that if it was obvious that Malik's tweets had actuated out of malice, and the same had been recorded as a categorical finding of the single bench then what must logically follow was that the Minister be restrained from making further comments until Dnyandev's appeal was decided on merit.

Tamboly then took instructions from Malik’s daughter in law, who was present in the court. He said: “Instead of getting into a controversy, I (Malik) will not tweet or say anything until the final hearing.” 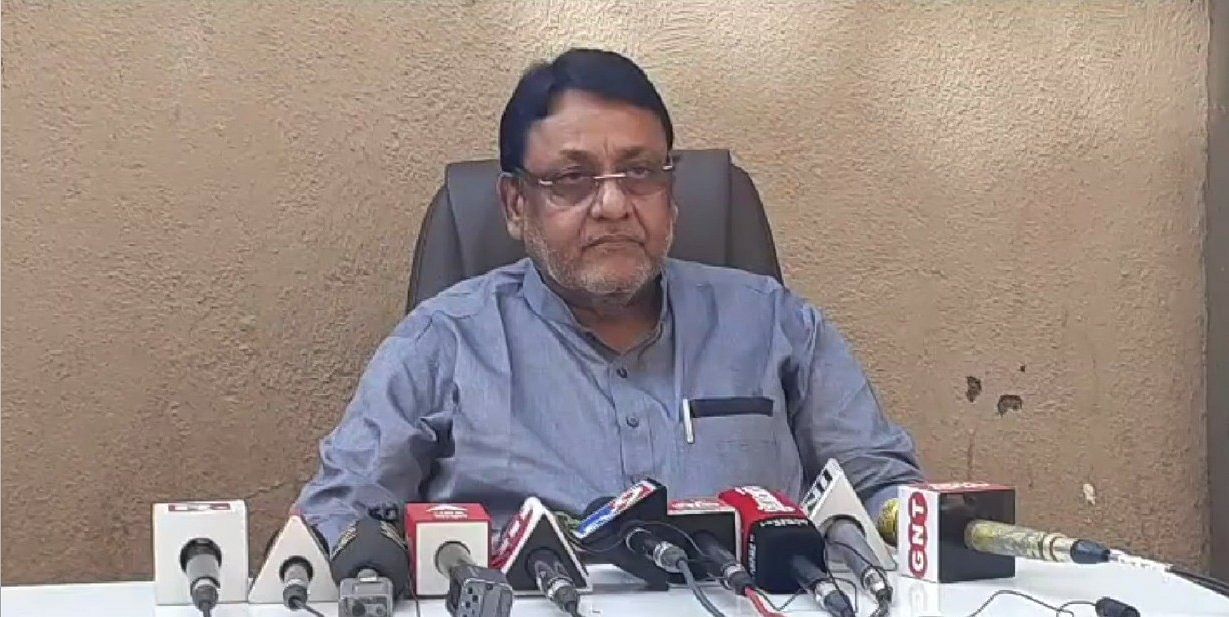 The one who made allegations against Anil Deshmukh was himself absconding: Nawab Malik slams Param...