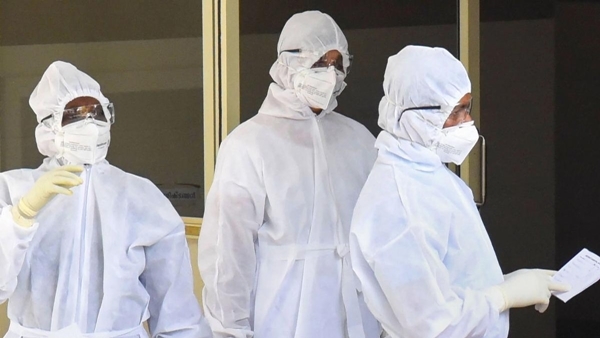 Kochi: The Kerala High Court on Wednesday sought the state government's stand on a plea seeking a declaration that family members of non-resident Keralites who died abroad due to COVID-19 are entitled to the ex-gratia relief of Rs 50,000.

The court directed the state government's lawyer to take instructions on the issue raised in the petition and listed the matter for hearing on November 24. During the brief hearing, when the government counsel said "we do not know who the petitioner organisation is," the court responded -- "do not be so technical".

The court also said that a "good point" has been raised by petitioner NGO -- Pravasi Legal Cell -- through its president, advocate Jose Abraham. The petition, by the NGO, has contended that applications for the ex-gratia relief by family members of Keralites who died abroad due to COVID-19 were being "arbitrarily" denied by the state government.

The reason given by the state government for denying such applications was that the scheme was applicable only for COVID-19 deaths in India, the petition, filed through advocate E Adithyan, has claimed.

"It is submitted that the poor migrants who went to foreign countries solely for the purpose of finding a living abroad to support their family members in Kerala and unfortunately succumbed to COVID-19 definitely require a sympathetic view. ... any discrimination against the family members who lost their dear and near ones abroad is a clear violation of their Fundamental Rights," the plea has said. It has also said that a representation on the issue was sent to the state government, but no response has been received till now.