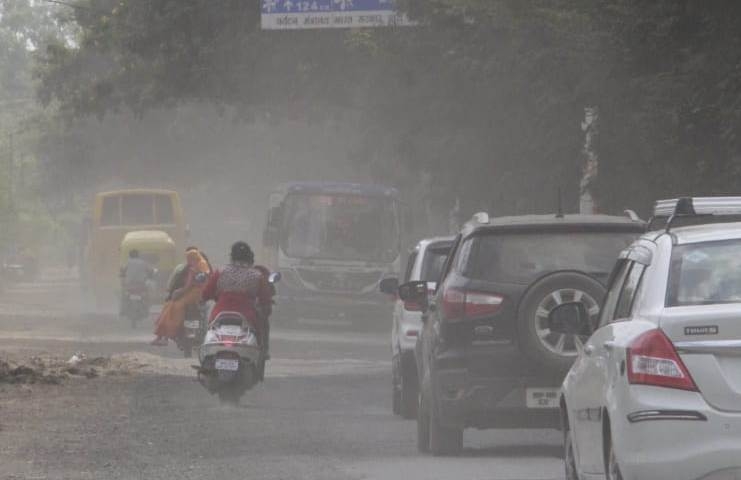 New Delhi: The Delhi government on Monday filed an affidavit in the Supreme Court saying it was ready to impose a lockdown to curb air pollution in the national capital, provided it is implemented across the National Capital Region (NCR) and the neighbouring states.

The Supreme Court was hearing a petition by a 17-year-old Delhi student, Aditya Dubey, on the aggravating pollution. It said on Monday that the stubble burning by farmers contributes to only 4% to 10% to air pollution in Delhi since all "hue and cry" on it is without any scientific or factual basis. It pointed out that it’s the construction, industry, transport, power and vehicular traffic that are primarily responsible for the pollution.

It directed the Centre to call an emergency meeting with the states today (Tuesday) and decide by evening on the measures to be undertaken to tackle pollution. It also asked the Centre and the concerned state governments to implement "work from home" for its employees living in the NCR for the meanwhile. The matter will be taken up again on Wednesday.

“Please decide which industries can be stopped, which vehicles can be prevented from plying and which power plants can be stopped and how you can provide alternative power by then,” Chief Justice of India NV Ramana said. Two other judges on the Special Bench hearing the matter are Justices DY Chandrachud and Surya Kant. CJI Ramana refused to advise on measures to be taken and directed that after a decision is taken, the same be reported to the Court.

Solicitor General Tushar Mehta agreed with the court that the stubble burning was not a major cause of pollution since its contribution was maximum 10%. On behalf of the Centre, he suggested odd-even system of vehicles on the road, ban on entry of trucks and even lockdown as the most drastic step as suggested by the Apex Court last Friday.

“Dust control measures need to be taken at the construction site. We have suggested that diesel generating sets be stopped unless needed like in hospitals. Advise people with respiratory issues to avoid venturing out. Fines for ones indulging in garbage burning.”

To this, Justice Kant asked, “Are you agreeing in principle that stubble burning is not the major cause and has no scientific basis? Why not apply ban on entry of all vehicles to and from Delhi?”

On senior advocate Vikas Singh’s submission that the Centre’s affidavit shows an increase in stubble and paddy burning in Punjab and Haryana, the CJI asked,

“You want farmers to be blamed or what?”

Advocate Rahul Mehra, appearing for the Delhi government, reiterated that a lockdown may be imposed but due to lack of air boundaries, the entire NCR would need to be locked down as a whole.