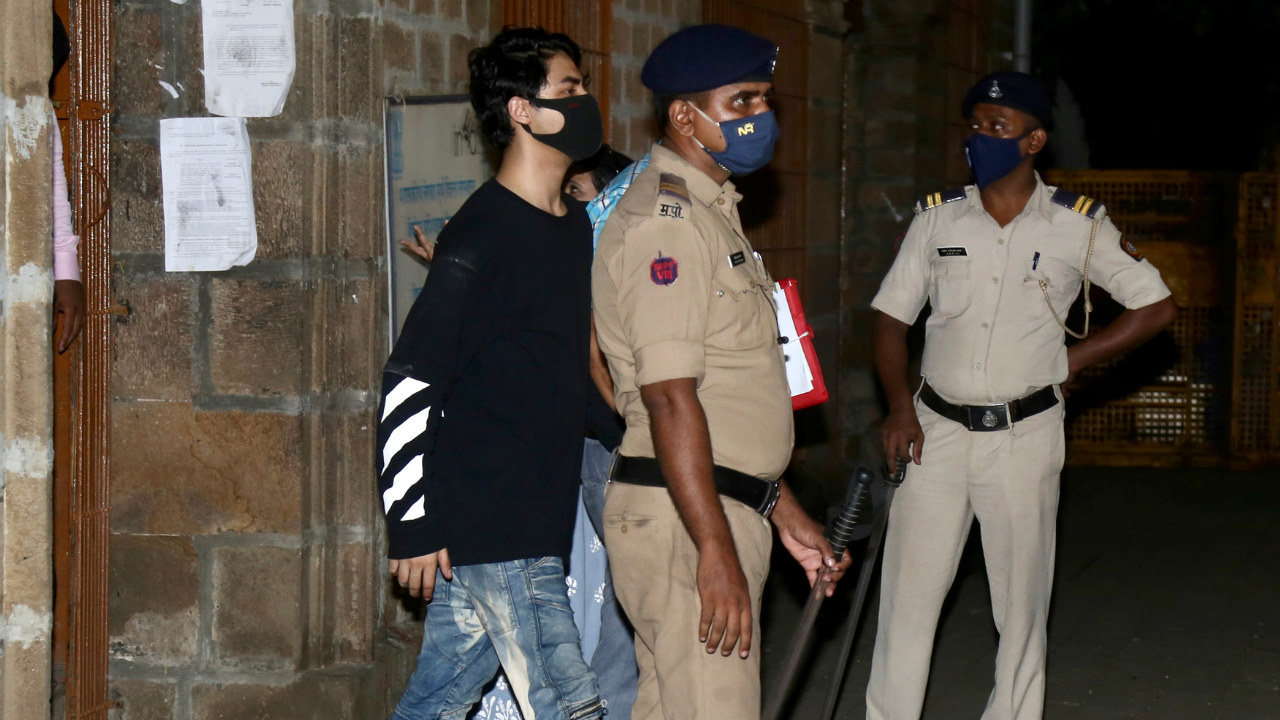 A magistrate court refused to extend NCB custody for Aryan Khan, his friend Arbaaz Merchantt and six others on Thursday, saying that the Central agency had not shown enough grounds to seek extended custody and custody could not be granted on vague grounds. The court remanded the accused in judicial custody.

“Simply remanding (in NCB custody) would amount to violation of the fundamental rights of life and liberty guaranteed by the constitution,” Additional Metropolitan Magistrate RM Nerlikar said in his order. The court further said that the remand report of the agency does not show enough grounds and the grounds shown for the custody of each accused are vague. “On vague submissions and vague grounds, each cannot be remanded to NCB custody,” it said.

Additional Solicitor General Anil Singh, appearing for the NCB, argued on Thursday before the court that the custody of all accused, including Aryan and Arbaaz, was needed to confront them with the new arrest of Achit Kumar. The NCB claimed that the 22-year-old was a supplier and 2.6 grams of ganja were recovered from a raid at his residence. Aryan and Arbaaz had revealed his name in their statements during probe, Singh told the court. He also told the court that the NCB needed to confront them with a foreign national who had been intercepted in the case with a commercial quantity of drugs.

The court considered the argument of Aryan's advocate Satish Maneshinde where he pointed out that despite Achit’s arrest on Wednesday while Aryan was in NCB custody, the two were not brought face-to-face. It also noted that Aryan had allegedly made the statement on October 3 and Achit was arrested only on October 6. It remarked on the time taken to make the arrest.

Advocate Maneshinde also told the court that Aryan was invited on the cruise by a friend, Prateek Gaba, at the request of the latter’s friend Ankit Furniturewala, who wanted to invite Aryan as a special guest “to add glamour” to the cruise, as he was a person connected with Bollywood. He said there were a series of chats between him and Prateek with no mention of any rave party or drugs but talks of the cruise to Goa. “Prateek is also a friend of Arbaaz and he invited Arbaaz. I did not take anyone as a friend. I reached the gate where Arbaaz was and we walked together since we know each other,” Maneshinde said for Aryan. Arbaaz was allegedly found with six grams of charas by the NCB, though nothing was recovered from Aryan. “Arbaaz is my friend. I don’t deny the friendship. But I am not involved with his activities,” he argued further.

Regarding chats with Achit, Maneshinde said the duo spoke on football, that too a year ago. “The NCB is tomtommsing from the rooftop about conspiracy, but at this stage, there is no material to indicate conspiracy between all accused,” he contended.

The court however granted the NCB custody of Achit Kumar till Saturday. Prosecutor Advait Sethna had argued that he was the supplier of ganja to Aryan and Arbaaz and that there was an apparent nexus between him and the duo.

Kumar’s advocate Ashwin Thool told the court that Kumar had been illegally detained since Tuesday and not produced within 24 hours before a magistrate as required. The court relied on the arrest memo which showed he was arrested on Wednesday and said the submissions could not be taken into consideration or believed.

Aryan and others will remain in NCB custody currently, instead of being sent to prison, as jails will not admit inmates without a negative RT-PCR report.

Aryan Khan has sought bail before the magistrate court on the grounds that there has been ‘zero recovery’ of drugs from him. The NCB informed the court that it would be opposing the bail and would file a response on the plea today. It said the court did not have the powers to grant the relief. The court will hear the bail pleas of Aryan, Arbaaz and some other accused today 'Mafia Pappu coming to his defence': Did Kangana Ranaut take a jibe at Hrithik Roshan for supporting...
Advertisement