'Mafia Pappu coming to his defence': Did Kangana Ranaut take a jibe at Hrithik Roshan for supporting Aryan Khan? 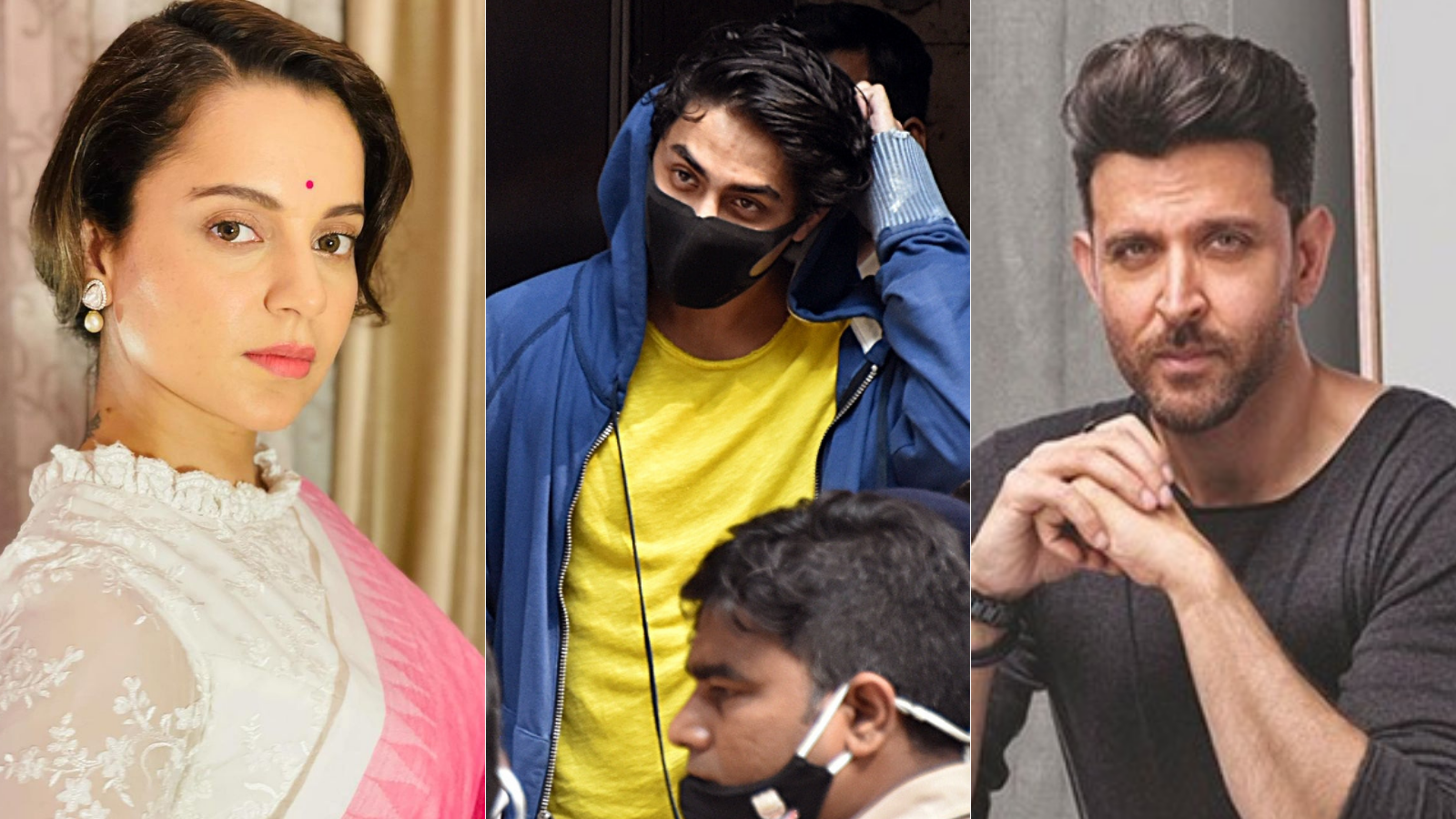 Bollywood superstar Shah Rukh Khan's son Aryan Khan was arrested on October 3 after Narcotics Control Bureau (NCB) busted an alleged drugs party on a cruise ship that was on its way to Goa at mid-sea.

Amid Aryan's bail plea hearing on Thursday, actor Hrithik Roshan took to Instagram and extended support to the star kid.

Minutes after the actor advised Aryan to own his experiences and learn from his mistakes and failings, trust the light within and stay calm amid the chaos, actress Kangana Ranaut took an indirect jibe at Hrithik for making it seem like Aryan did no mistake.

On her Instagram story, Kangana wrote that Aryan's 'mistakes' should help him evolve but should not be condoned.

"Now all Mafia Pappu coming to Aaryan Khan's defence.... We make mistakes but we mustn't glorify them ... I trust this will give him perspective and also make him realise consequences of his actions.... Hopefully it can evolve him and make him better and bigger. It's good not to gossip about someone when they vulnerable but it's criminal to make them feel that they did no wrong," Kangana's message read. 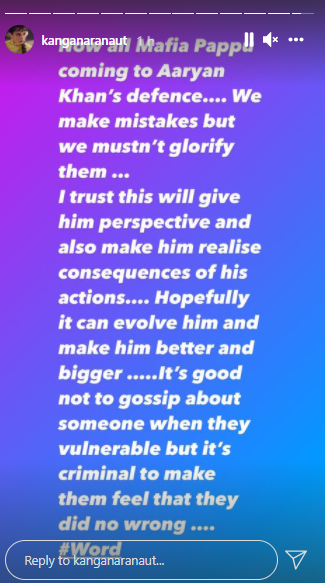 Take a look at Hrithik's post for Aryan here:

Meanwhile, several other Bollywood celebs, including Pooja Bhatt, Hansal Mehta, Sussanne Khan, Mika Singh, and others, have extended their support to the Khan family after Aryan's arrest.