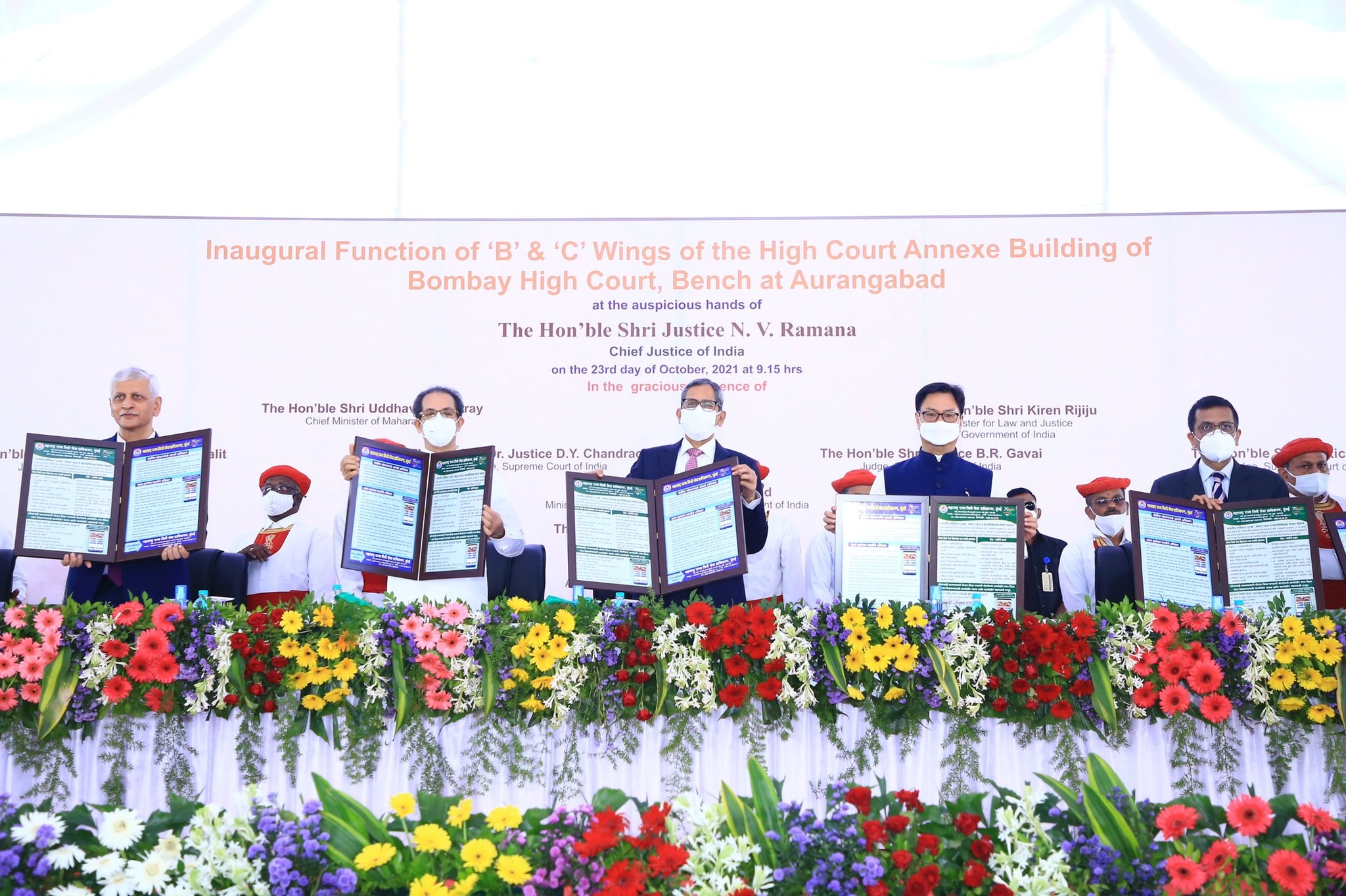 MUMBAI: Chief Justice of India Nuthalapati Venkata Ramana on Saturday morning highlighted the lack of infrastructure for courts across the nation. The CJI drew attention towards poor infrastructure when Union Law Minister Kiren Rijiju and Maharashtra's chief minister Uddhav Thackeray were present on the dias at Aurangabad.

The CJI was speaking at the inaugural ceremony of the new annex building of the Bombay High Court’s Aurangabad bench and voiced concerns regarding judicial infrastructure of the country.

“The judicial infrastructure for courts in India has always been an afterthought. It is because of this mindset that courts in India still operate from dilapidated structures, making it difficult to perform effectively,” CJI Ramana said.

The CJI further gave some statistics to highlight the sorry state of affairs of the conditions of courts.

"If a different outcome is wanted from the judicial system, we cannot continue to work in this present condition," the CJI said, adding, "These are hard facts. Judicial infrastructure has always been an afterthought. Improving infrastructure is important to enhance access to justice."

"Improvement of judicial infrastructure is still being carried out in an ad-hoc and unplanned manner," he added.

In his speech, the CJI further pointed out that the need for a separate bench at Aurangabad was identified in 2011. But that took 10 years for this vision to come to fruition. This is extremely worrisome," he remarked.

On the key proposal linked to the judicial infrastructure, CJI Ramana said, “I have sent the proposal to the Union Law Minister. I am hoping for a positive response soon and that he will expedite the process.”

Further in his speech, the CJI noted that courts in India assure guarantee to constitutional rights and have safeguarded people against actions of the executive.

"Many a time, people are not keen in approaching courts. But it is time we dispel this notion. People’s faith in the judiciary is the biggest strength of a democracy," he said, adding, "Courts in India have repeatedly upheld rights of citizens. They have stood up whenever individuals are at the receiving end of the executive excesses. It is an assurance that seekers of justice need not worry about the might of the state."