The Bombay High Court has dismissed a petition filed by IPS officer Rashmi Shukla seeking quashing of the FIR registered by the Mumbai Cyber Cell in March this year against unknown persons over leak of her confidential phone tap report concerning allegations of corruption in police transfers and postings.

A division bench of justices Nitin Jamdar and Sarang Kotwal has also rejected Shukla’s prayer to transfer the probe to the Central Bureau of Investigation (CBI) which is already probing the allegations of corruption in police transfers and postings involving former home minister Anil Deshmukh.

However, the court has directed the police to give Shukla a notice of 7 working days, if it plans to take any coercive action against the IPS officer.

Further, the court said: “The prayer for transfer of the investigation to the CBI on the ground that the agency is already investigating the postings of the police officers is without merit, as both the investigations are different. Even if the contents of the petitioner's report are found to be correct, the alleged illegal leak of official documents will nevertheless constitute an offence, and this will not depend on the result of the investigation conducted by the CBI.”

Shukla’s counsels –Mahesh Jethmalani and Sameer Nangre – had argued that the FIR was registered with mala fide intentions and out of vendetta since her report, submitted in August 2020, offended several senior IPS officers and political persons. She was then transferred in September 2020 to an non-existent post, argued her counsel.

Not satisfied with the contentions, the court said: "The ground of mala fides cannot be pleaded and argued with casualness as it reflects on the credibility and reputation of the investigating agency. That the petitioner was transferred after submitting the report could be two unconnected events, and from that direct inference existence of mala fides cannot be drawn”

Responding to a court query, the government’s counsels – Darius Khambatta and Jayesh Yagnik – had said that Shukla was not named in the FIR. However, there is material against the IPS officer and no statement can be made that she will not be named as an accused. 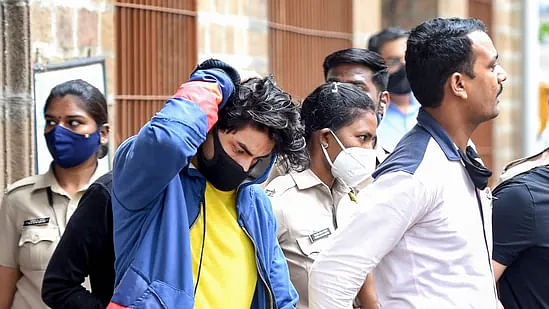