The HC hasn't yet provided the reasoning or the grounds on which it has granted bail to Aryan, his friend Arbaz Merchant and co-accused Munmun Dhamecha, who were also arrested on October 3.
FPJ Web Desk 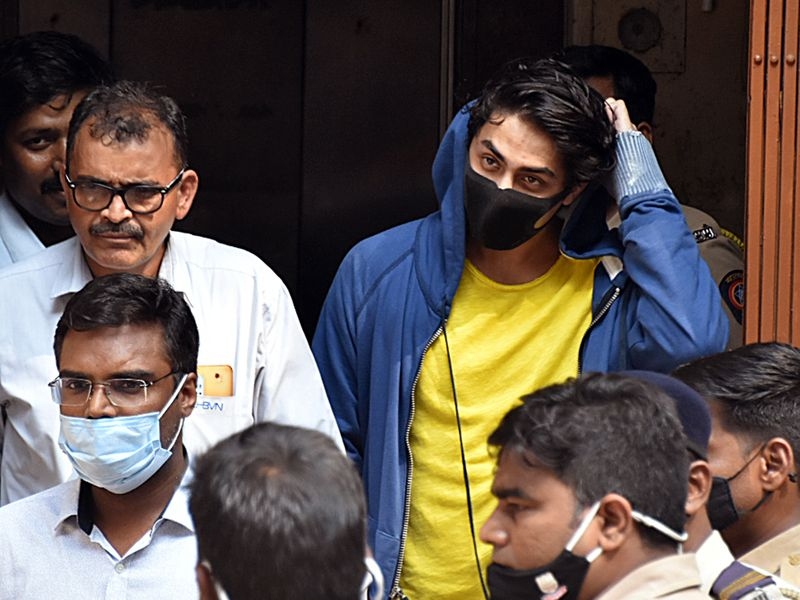 Bollywood actor Shah Rukh Khan's son Aryan Khan, who was granted bail in the drugs-on-cruise case, will be released from jail on Saturday.

A day after granting bail to Aryan, who has been in the jail from the last 27 days for his alleged role in the Cordelia Cruise drugs case, the Bombay High Court on Friday afternoon issued a five page order detailing the conditions of bail.

The HC hasn't yet provided the reasoning or the grounds on which it has granted bail to Aryan, his friend Arbaz Merchant and co-accused Munmun Dhamecha, who were also arrested on October 3.

A bench of Justice Nitin Sambre has on Thursday "allowed" the applications moved by the trio challenging the orders of a special NDPS court that had last week denied them bail.

In his five page order, Justice Sambre has said that the reasoning for the bail would be recorded separately.

Probably, the operative part would be helpful for Aryan and the other accused to secure their bail after completing the requisite paper work.

Justice Sambre has granted them bail on a PR bond and surety of Rs One lakh each.

"The trio shall not indulge in any activity punishable under the #NDPS Act. They should not contact in any manner with anyone related to the case, either directly or indirectly," Justice Sambre said in his orders.

The bail order further states that the trio shouldn't attempt to either directly or indirectly influence any witness or tamper with the evidence.

"They will have to surrender their passport with special NDPS court, immediately and not leave Mumbai without permission of the concerned court. They shall not speak about the case to print or electronic media and neither speak of it on social media," the bail order states.

Further, the trio has been ordered to attend the NCB office in the city, every Friday and to cooperate with the probe and ensure that whenever the trial commences, they shouldn't attempt in any manner to delay the trial.

A further directive has been issued to the trio to attend the special court on all the dates and hearing.

"If the accused violate any of these conditions, the NCB would be at liberty to approach the special NDPS court and seek to cancel their bails,"Justice Sambre has said in the order.

(With inputs from Narsi Benawal) Aryan Khan drug case: As Nawab Malik questions why NCB let off 'man with beard', here is all you...