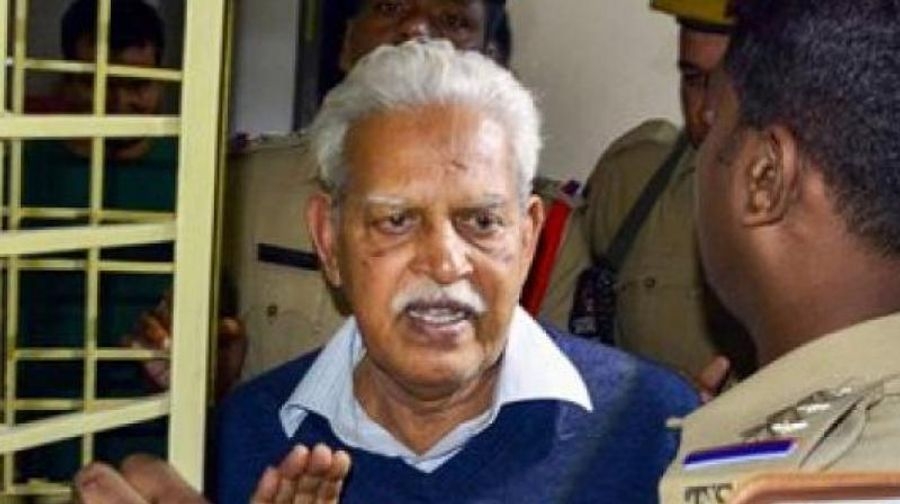 The National Investigation Agency (NIA) on Friday submitted before the Bombay High Court, a summary report stating that the Telugu poet and activist Varavara Roa is now medically stable. The central agency accordingly urged the HC to order Rao to surrender before the jail authorities.

A bench of Justices Nitin Jamdar and Sarang Kotwal was hearing a plea filed by Rao, seeking extension of his bail, which was granted on medical grounds in February this year.

On an earlier hearing, the bench had ordered the NIA to get Rao examined at a private hospital at the agency's cost. Accoridingly, the central agency had got Rao examined in city's Nanavati hospital, where he was initially treated for Covid and other ailments.

On Friday, the NIA through special prosecutor Sandesh Patil, submitted a summary report which stated Rao's medical tests showed no significant abnormalities. The report further stated that he didn't required any active management or change in his regular medications.

"As per the report, Rao is able to do all the activities of daily living, and overall his neurological functions were normal," Patil emphasised.

At this, senior counsel Anand Grover representing Rao, pointed out that the NIA was relying only on a summary of the report and not the entire examination record. "Let there be no confusion regarding the health status of my client. Thus, the detailed reported must be brought on record," Grover submitted.

"But this summary report comes from a hospital of your (Rao's) choice," the bench responded.

Patil, however, stressed on the need for Rao to surrender and submitted that the correctness of the report could be debated later.

However, the bench granted time for Grover to respond to the summary report and adjourned the hearing till December 20.