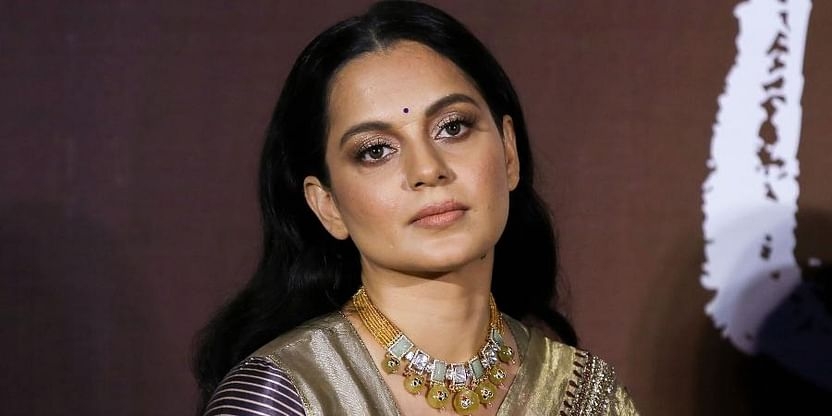 The Mumbai Police on Monday assured the Bombay High Court that it won't take any coercive action against controversial actress Kangana Ranaut, who is booked in a case for allegedly hurting religious sentiments of the Sikh community through her post on social media platform Instagram. This comes after the actress agreed to visit the Khar police station to get her statements in the case, recorded.

A bench headed by Nitin Jamdar opined that arresting Kangana would have a chilling effect on the right to free speech.

The bench has been petitioned by Kangana through her counsel Rizwan Siddiqui seeking to quash the FIR lodged against her on a complaint filed by advocate Amritpal Singh Khalsa and three others, who took exception to her November 21 post.

As per the FIR, the actress allegedly likened the Sikh community with the banned Khalistani outfit. She had made a post against protesting farmers.

On Monday, Kangana's counsel told the bench that the Supreme Court has in numerous verdicts held that to make out an offence under section 295 (A) of the IPC, which penalises any attempt to create communal disharmony, certain minimum requirements are needed. "There has to be a deliberate attempt to outrage religious feelings. Her Instagram post doesn’t satisfy the criteria," the counsel argued.

At this, Justice Jamdar sought to know from state prosecutor Aruna Pai if "deliberate intention" on part of Kangana to hurt the sentiments could be seen in the post. "There has to be a dominant and sole object for religious beliefs. That it (post) could have been written better, is different," the judge said.

Pai, however, clarified that the police isn't thinking to arrest her at this stage of the probe. She informed the bench that the police had served a notice to her for recording her statements on December 1. "And yet she hasn't responded," Pai emphasised.

Having heard the submissions, Justice Jamdar said, "There is an overall right of freedom of speech. It (arrest) will have a chilling effect unless you make statements that you won’t arrest till next date."

Accordingly, Pai told the judges that the police won't arrest her till next date of hearing. She, however, urged the judges to direct her to appear before the Khar police station to record her statements.

The bench, thus, ordered Kangana to visit Khar police station on December 22 and adjourned the hearing till January 25.

Notably, the actress has maintained that whatever she posted against the Khalistani outfit after the Union government repealed the three contentious farms laws, was within her fundamental right to Free speech as guaranteed under Article 19 (1) A of the Constitution of India.

She has claimed that the FIR has been filed "maliciously" to prosecute her for exercising her fundamental rights and that if it is allowed to be probed then it would directly have a chilling effect on free speech.