HomeLegalFPJ Deep Dive: What is the Supreme Court collegium system which the Central government wants to scrap?

FPJ Deep Dive: What is the Supreme Court collegium system which the Central government wants to scrap?

Justice SK Kaul, the SC judge who's also a member of the collegium, was visibly upset by Rijiju's remarks, and expressed his disapproval of the same.

The current Members of Supreme Court Collegium. |
Follow us on

The Union Government and the Judiciary have not always been on the same page since the formation of the Indian Republic. The two major pillars of democracy have frequently clashed (not literally) over various issues, the most recent being the appointment of judges to higher courts.

Recent altercation between the Union govt and SC over collegium system

Recently, speaking at an event of a news channel, Union law minister Kiren Rijiju criticised the judiciary over the collegium system. He was responding to comments by the SC over delay in approval of names of judges elevated to higher courts.

Justice SK Kaul, the SC judge who's also a member of the collegium, was visibly upset by Rijiju's remarks, and expressed his disapproval of the same.

"It (statement) came from somebody high enough. Should not have. All I can say is, should not have happened," Justice Kaul remarked. He also asked the Attorney General and Solicitor General to play the role of a law officer, "to advice the government to ensure that the law of the land as laid down by this court is observed".

Earlier this month, the Centre assured the SC that timelines for judges appointment will be followed and pending recommendations will be cleared.

However, in what seems like another flashpoint in this tussle between the Apex Court and the Union government, the Supreme Court's collegium on Thursday sent back five names to the centre for its reconsideration.

The SC rejected the government's objection to elevation of judges, including one openly gay judge, and recommended their names once again for elevation to various courts. 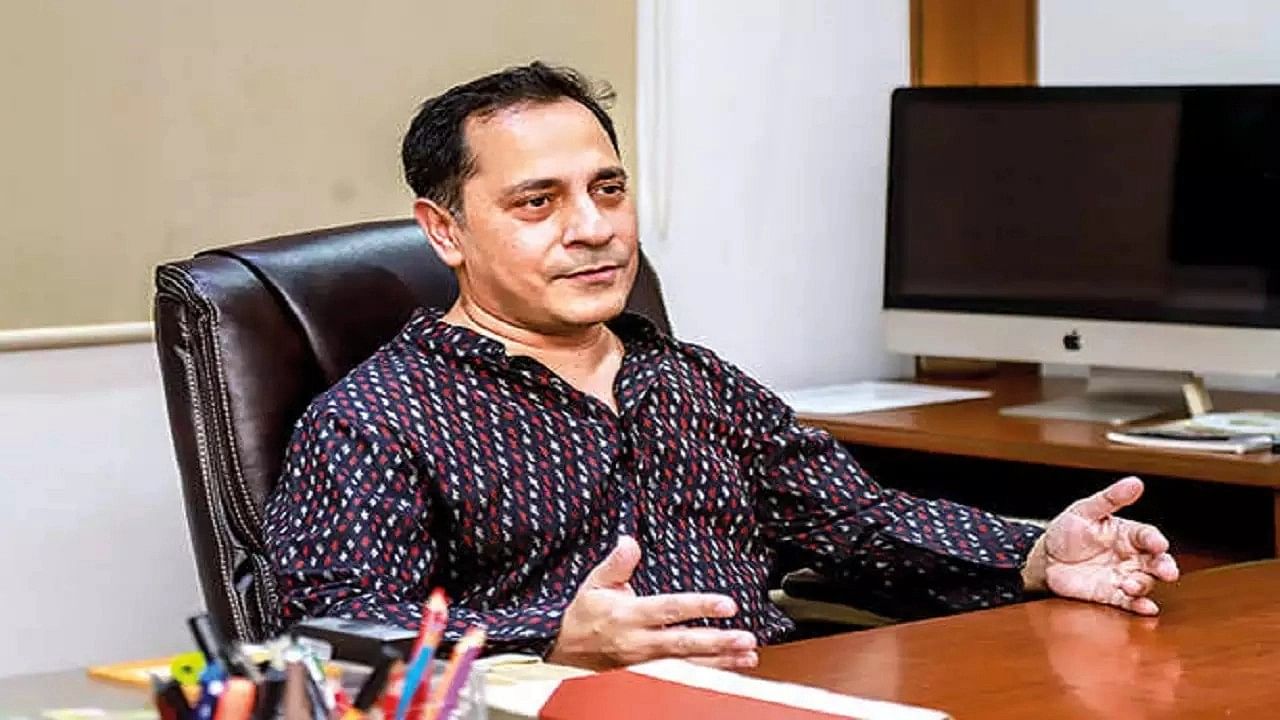 Centre has once rejected lawyer Saurabh Kirpal's name for elevation as a High Court judge owing to his sexual orientation and having partner of foreign origin. The SC, however, has once again recommended his elevation. |

As the Union Government and Supreme Court, like many experts suggest, could come to clash over the issue of the Collegium system, let's understand in detail how it works, what are its pros and cons, and why the government wants to scrap it.

What is the Collegium system of appointments?

The collegium system is a process used in India for appointing judges to the country's higher courts, including the Supreme Court and High Courts. It is controversial, with the government and some legal experts expressing opposition to it, while others defend it as a necessary safeguard for judicial independence.

The collegium system was introduced in 1993 through a Supreme Court judgment in the case of Supreme Court Advocates-on-Record Association v. Union of India. Prior to this, appointments to the higher courts were made by the President of India, acting on the advice of the executive branch of government. The collegium system changed this by giving the judiciary a greater role in the appointment process.

How does Collegium work?

To make a recommendation, the collegium considers a list of potential candidates, which is compiled by the government and includes the names of judges from the lower courts and legal professionals from the private sector. The collegium then evaluates the candidates based on their qualifications, experience, and suitability for the position. 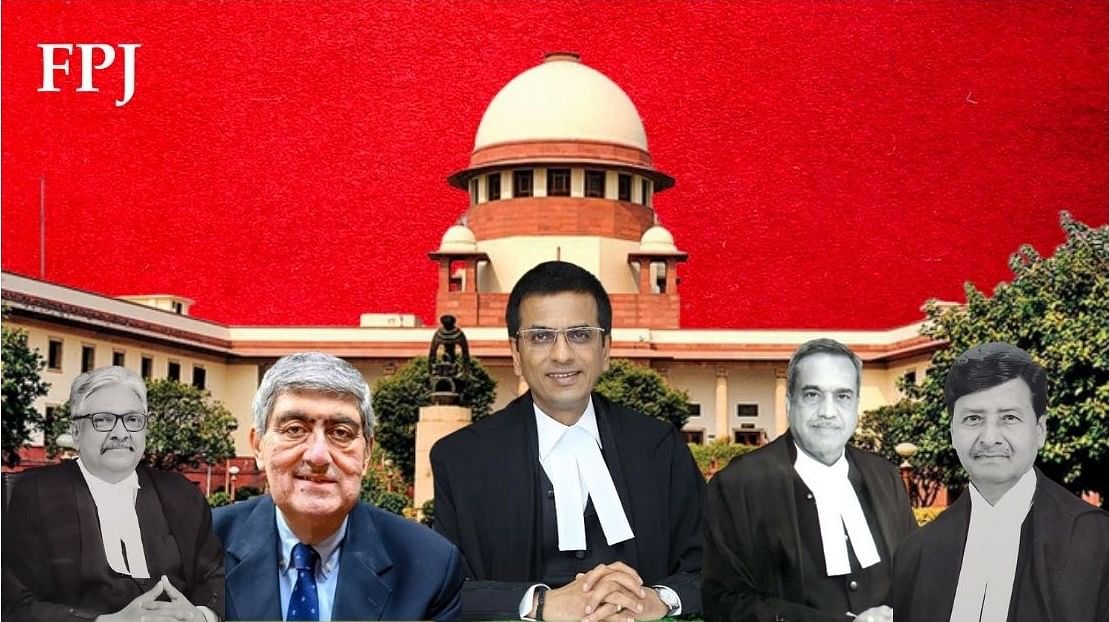 The members of current SC collegium: CJI Chandrachud (master of roaster) in middle, Justice Kaul and Justice Jospeh on his left & Justice Shah and Justice Rastogi on his right. |

Criticisms of the Collegium system

Lack of transparency and accountability

One of the main criticisms of the collegium system is that it lacks transparency and accountability. The meetings of the collegium are not open to the public, and there is no formal process for challenging its decisions. This has led to accusations that the system is prone to corruption and nepotism, with some appointments being made on the basis of personal or political connections rather than merit.

In addition to these concerns, there have also been complaints about the lack of diversity among judges appointed through the collegium system. Many have argued that the system tends to favor candidates from a narrow social and professional background, leading to a lack of representation from different regions and communities.

Arguments in favour of collegium system

One of the main arguments in favor of the collegium system is that it helps to protect the independence of the judiciary. Under this system, judges are appointed by their peers, rather than by the government or political authorities. This can help to ensure that judges are not influenced by external pressures and are able to make decisions based on the law and the facts of the case.

The collegium system allows for the appointment of highly qualified and experienced judges. Under this system, judges are selected based on their legal expertise and track record, rather than on their political connections or loyalty to a particular party.

The collegium system is generally seen as a more transparent process for appointing judges compared to other systems. Under this system, the names of potential judges are made public and are subject to consultation with other members of the judiciary and the legal community.

The collegium system helps to ensure consistency in the appointments process and helps to prevent the appointment of judges based on political considerations. This can help to maintain the integrity and impartiality of the judiciary.

In response to these criticisms, the government has sought to reform the collegium system. In 2014, the government introduced the National Judicial Appointments Commission (NJAC) Act, which proposed a new system for appointing judges to the higher courts. Under the NJAC, the appointments process would have been more transparent, with a panel comprising representatives from the judiciary, the executive, and the legislature.

However, the NJAC Act was struck down by the Supreme Court in 2015, on the grounds that it violated the independence of the judiciary. The court ruled that the NJAC was unconstitutional, and that the collegium system should continue to be used for judicial appointments. Vice President Jagdeep Dhankhar, in his opening address after assuming the office of Rajya Sabha Chairperson, said Supreme Court’s 2015 judgment striking down the National Judicial Appointments Commission (NJAC) Act was a “glaring instance” of “severe compromise” of Parliamentary sovereignty and disregard of the “mandate of the people”. |

Despite this ruling, the government has continued to express its opposition to the collegium system. In 2019, the government introduced a new draft bill called the "Judicial Appointments Commission (JAC) Bill," which proposed the establishment of a JAC to replace the collegium system. The JAC would consist of a panel of judges and representatives from the executive and legislature and would be responsible for making recommendations for judicial appointments.

However, the JAC Bill has yet to be passed by the legislature, and it remains to be seen whether it will be successful in replacing the collegium system.