Ranchi: Jharkhand High Court on Friday granted bail to Rashtriya Janata Jal (RJD) supremo Lalu Prasad in the Doranda Treasury Case in which a CBI special court had sentenced him to five years in prison.

73-year-old Prasad is in custody following his conviction and sentencing by a CBI court in February in a fodder scam case involving embezzlement of over Rs 139 crore from Doranda treasury.

"The Jharkhand High court has accepted our petition for suspension of the sentence and has granted bail. We had pleaded that he has served half of his five-year sentence in this case. Prasad has already served 41 months in jail ...We had submitted the trial court's certified copy. The court has granted bail," said Prabhat Kumar, counsel of Lalu Prasad told PTI.

The HC order is expected to be communicated to the lower court by Tuesday and we will submit the bail bond and obtain release order, Kumar said.

Jharkhand High Court on April 8 had deferred the hearing into a petition filed by the incarcerated leader challenging his conviction in a fodder scam case.

The former Bihar Chief Minister was sentenced to five years in prison and slapped a fine of Rs 60 lakh by a special CBI court in Ranchi in connection with the fifth fodder scam case involving embezzlement of over Rs 139 crore by Doranda treasury.

Justice Aparesh Kumar Singh was on April 8 informed by CBI, which is investigating the scam, that the earlier order of the court to file a counter affidavit in the matter could not be complied with by the agency and pleaded for more time.

Prasad's counsel Kapil Sibbal had told the court that his client has already served more than half of the sentence of five years in prison in the case and deserves to be released from custody.

Prasad was convicted by the CBI Court here on February 15.

On February 21 he was sentenced to five years imprisonment and fined Rs 60 lakh in the fodder scam case. Prasad had held the finance portfolio of undivided Bihar, of which he was the chief minister, during the period of the scam. He had allegedly received kickbacks through the animal husbandary department.

Fake challans and bills were raised which were cleared by the finance department and money was released through the treasury. 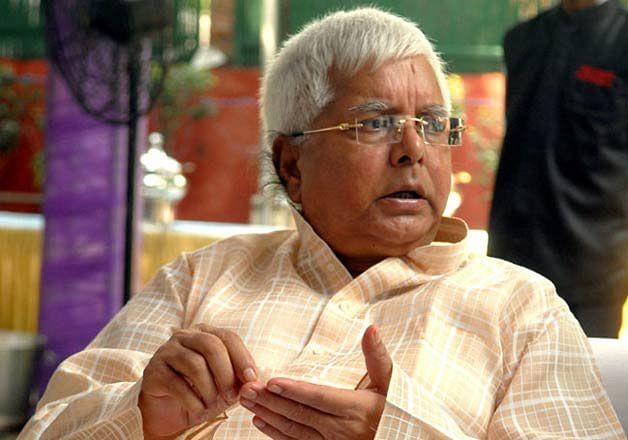