New Delhi: Chief Justice of India (CJI) N.V. Ramana on Friday said 126 vacancies have been filled in various high courts in less than a year and he expects 50 more appointments.

The Chief Justice was speaking at the 39th Chief Justices' Conference, taking place after a gap of six years.

Justice Ramana said: "Due to our collective efforts, we could fill 126 vacancies in various High Courts, in less than a year. We are expecting 50 more appointments. This remarkable feat could be achieved because of your wholehearted co-operation and commitment to the institution".

He urged the chief justices of high courts, which are still having a number of vacancies, to forward the names for elevation at the earliest. The CJI pointed out that in the past one year, nine judges were appointed to the apex court and 10 new chief Justice for high courts, and thanked the other judges in the collegium for their cooperation.

He added, "I have also requested all of you, in our very first online interaction, to expedite the process of recommending names for elevation to High Courts, with an emphasis on social diversity. I am happy to note that the response from some of the High Courts has been extremely encouraging."

The aim of the conference is to discuss and identify the problems that are affecting the administration of justice. "All of you have rich experience of more than ten years as Judges. You will be able to analyse the subjects objectively and make constructive suggestions. With your free and frank views on the subjects being discussed, we will certainly be able to arrive at meaningful conclusions," he added.

This conference will be followed by a joint conference of Chief Ministers and Chief Justices at Vigyan Bhawan on April 30. Prime Minister Narendra Modi will inaugurate the event.

Justice Ramana said: "Our conclusions and resolutions from today will form the basis of deliberations in the joint conference tomorrow. We will take these up with the government, and attempt to build consensus around the same".

The following major issues will be deliberated upon in the Chief Justices' Conference 2022:

Strengthening of the network and connectivity of all courts complexes pan India on priority basis;

Institutional and legal reforms; and, appointment of high court judges. 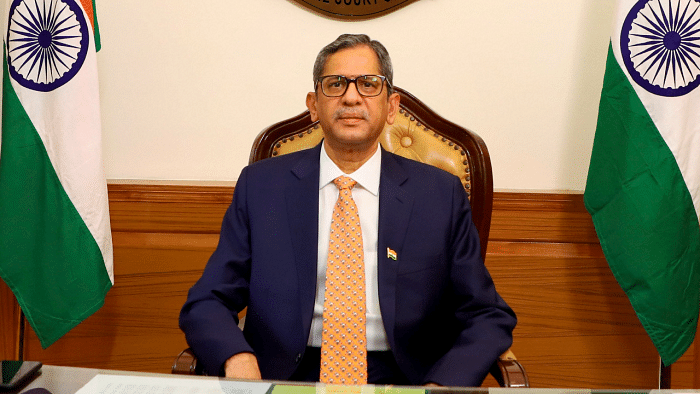