According to a study, 3.5 million years ago a supermassive black hole blew up in the centre of the galaxy which led to the massive explosion
Agencies 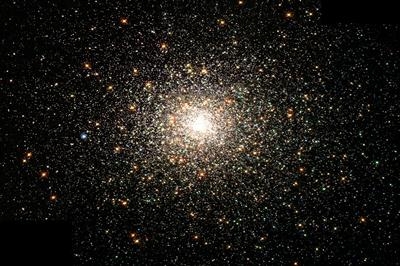 Melbourne: A titanic, expanding beam of energy sprang from close to the supermassive black hole in the centre of our Milky Way galaxy just 3.5 million years ago, when our ancient ancestors were already afoot in Africa, according to a study. The event sent a cone-shaped burst of radiation through both poles of the galaxy and out into deep space, the study published in The Astrophysical Journal found.

The phenomenon, known as a Seyfert flare, created two enormous ‘ionisation cones’ that sliced through the Milky Way — beginning with a relatively small diameter close to the black hole, and expanding vastly as they exited the galaxy. The researchers found that the flare was so powerful that it impacted on the Magellanic Stream — a long trail of gas extending from nearby dwarf galaxies called the Large and Small Magellanic Clouds.

The Magellanic Stream lies at an average 200,000 light years from the Milky Way, according to the scientists led by Professor Joss Bland-Hawthorn from Australia’s ARC Centre of Excellence for All Sky Astrophysics in 3 Dimensions (ASTRO 3-D).

The explosion was too huge to have been triggered by anything other than nuclear activity associated with the black hole, known as Sagittarius A, or Sgr A*, which is about 4.2 million times more massive than the Sun, said the researchers. “The flare must have been a bit like a lighthouse beam,” said Bland-Hawthorn, who is also associated with the University of Sydney in Australia.

“Imagine darkness, and then someone switches on a lighthouse beacon for a brief period of time,” said Bland-Hawthorn. Using data gathered by the Hubble Space Telescope, the researchers calculated that the massive explosion took place little more than three million years ago. In galactic terms, that is astonishingly recent, researchers said.