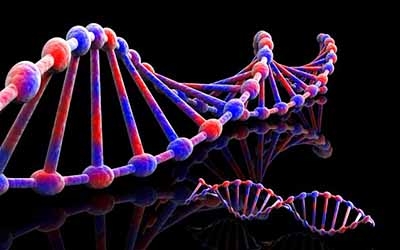 Singapore: There are at least 10 different ancestral groups or lineages in Asia, according to the “first comprehensive” genetic map of the continent that included 598 genomes from India. The study analysed the genomes of 1,739 people, and represents the widest coverage of genetic diversity in Asia to date, the researchers said. Covering 64 different countries, the study will guide scientists in studying diseases unique to Asians, they said. It will improve precision medicine and identify drugs that may carry higher risk of adverse reactions for certain ethnic groups, according to the researchers from GenomeAsia 100K consortium hosted by Nanyang Technological University (NTU) in Singapore.

They noted that despite forming over 40 per cent of the world’s population, Asian people have previously accounted for only six per cent of the world’s recorded genome sequences. The goal of GenomeAsia 100K, which launched in 2016, is to better understand the genome diversity of Asian ethnicities by sequencing 100,000 genomes of people living in Asia. “To put it into context, imagine that we looked at all people of European ancestry and based on the level of their genetic diversity, observed that they could all be grouped into just one ancestral lineage or population,” said NTU Professor Stephan C. Schuster, co-leader of the study.

“Now, if we took that same approach with our new data from people of Asian ancestry, then based on the much higher levels of genetic diversity observed, we would say that there are 10 different ancestral groups or lineages in Asia,” Schuster said. The pilot study included 598 genomes from India, 156 from Malaysia, 152 from South Korea, 113 from Pakistan, 100 from Mongolia, 70 from China, 70 from Papua New Guinea, 68 from Indonesia, 52 from the Philippines, 35 from Japan, and 32 from Russia. Battle royale over lineage in Maharashtra