They have written a letter to railway minister Ashwin Vaishnav, asking him to change the dress of waiters of the next Ramayan Circuit Special Train starting from December 12.
Staff Reporter 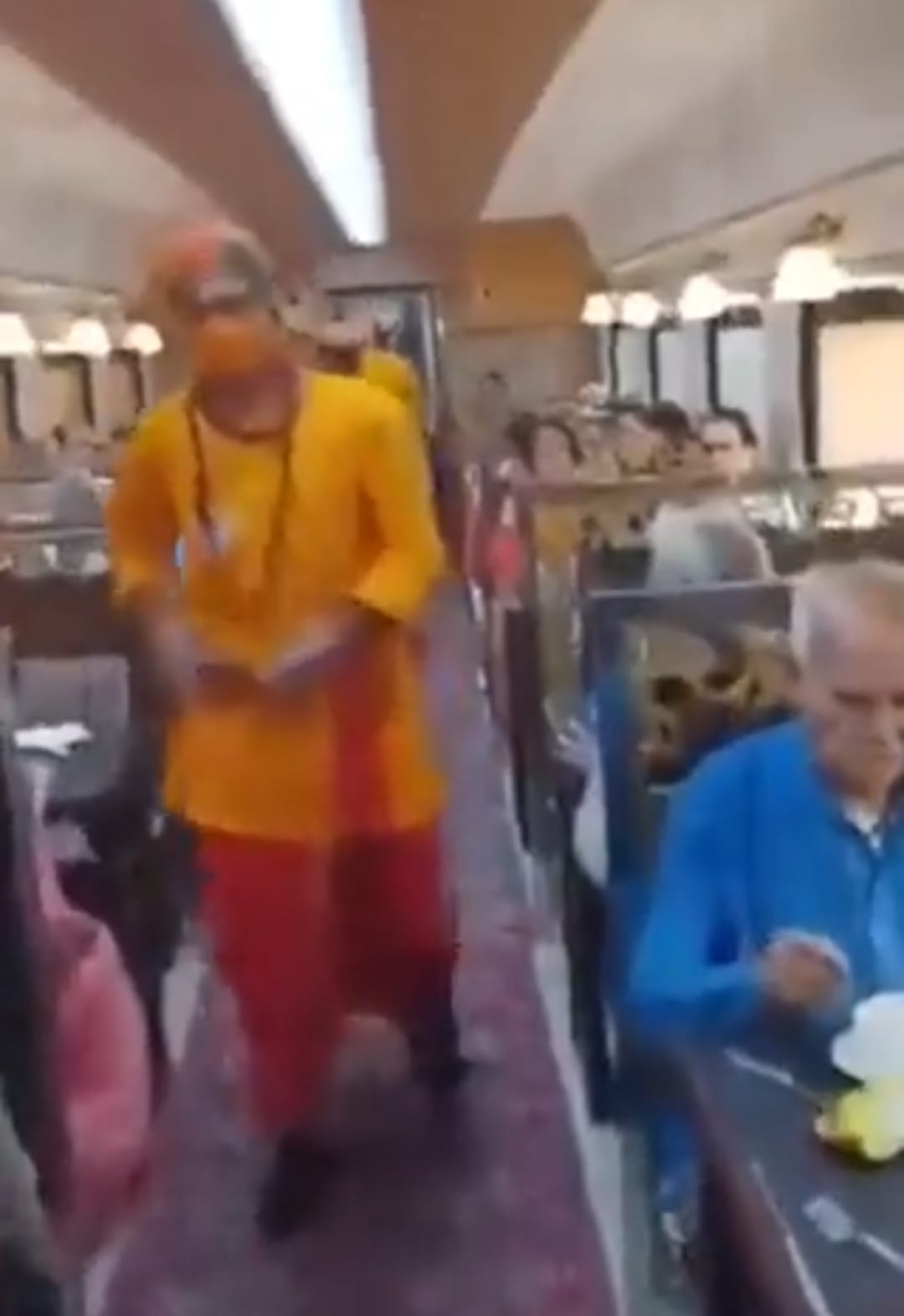 Ujjain (Madhya Pradesh): After a video of waiters on board the Ramayan Circuit Special Train went viral on social media, religious leaders from Ujjain objected and demanded that the dress of waiters should be changed with immediate effect, else they would be forced to stage a sit-in.

They have written a letter to railway minister Ashwin Vaishnav, asking him to change the dress of waiters of the next Ramayan Circuit Special Train starting from December 12.

A video of waiters dressed in saffron and malas of rudraksha has been going viral on social media.

Former general secretary of Akhada Parishad, Ujjain, Awadhesh Puri Maharaj said, "We have written a letter two days back to the Union Railway Minister lodging our protest against waiters serving refreshments and food in the Ramayan Express in saffron. Donning saffron attire with a sadhu-like headgear and wearing malas (necklaces) of rudraksha is an insult to the Hindu religion and its seers."

He added that seers will stop the train at Delhi's Safdarjung railway station if the saffron dress code of the waiters is not changed.

"We will sit on the railway tracks. This is necessary for protecting the Hindu religion. We have taken a strong view of this issue in Ujjain", he said.

In a view to promote religious tourism, the Indian Railway has started Ramayan Circuit Special Train, which covers 7500km across the country.

The country's first Ramayan circuit train started for a 17-day journey from the Safdarjung railway station on November 7.

This train visits 15 places associated with the life of Lord Ram. It takes the pilgrims to places such as Ayodhya, Prayag, Nandigram, Janakpur, Chitrakoot, Sitamarhi, Nasik, Hampi and Rameshwaram.

The Ramayan Express is equipped with first-class restaurants, a library and shower cubicles.