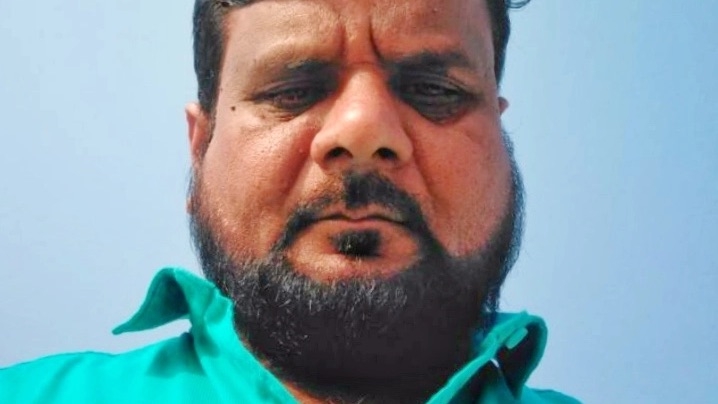 Udaigarh (Madhya Pradesh): Union governmentís CoWIN website for vaccination reported another mix-up as it declared a Udaigarh man- whose family said he died about seven-months ago- as fully vaccinated.

Daughter of one Tikamsingh Dohare, who died about seven-month back got a message on her mobile phone that Dohare was successfully vaccinated with a second dose of Covaxin on Thursday.

Dohare, a resident of Udaigarh tehsil in Jhabua district died on April 27 while undergoing treatment for Covid-19 at Jhabua District Hospital. 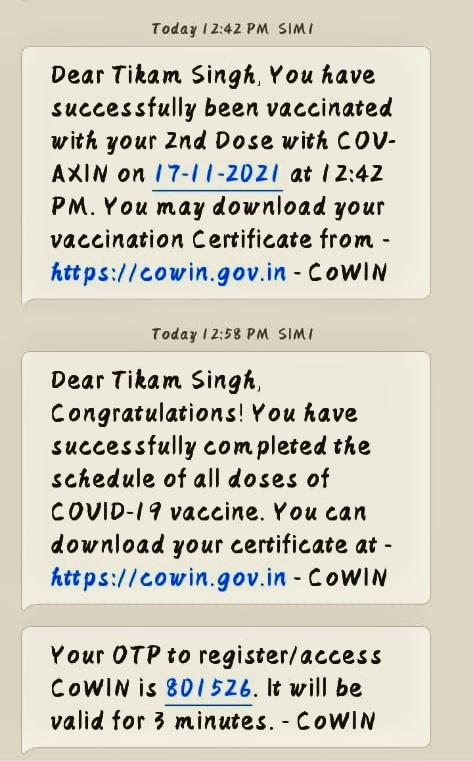 Family members added that on April 7, exact 20 days before his death, Tikam Singh got the first shot of the Covaxin at the vaccination center set up in the local district education center. But he could not survive to get a second dose of the vaccine, at an interval of 28 days.

Rajshree said that after the death of her father, they received calls on 2-3 occasions from vaccination centre on his registered mobile number for the vaccine. She had told the caller that his father passed away. However, the person on the other side hardly bothered to update the records, she rued.

Another major glitch is, as per the ICMR guidelines, a person who gets a Covaxin dose is eligible to get the second dose after a 28-day interval, but in my father's case, we are getting vaccination messages more than seven-month after the first dose.

Rajyashree told that his father died of Covid but she is not being given a compassionate appointment. In this regard, she has given a letter to the Collector as well as the Chief Minister.

When contacted chief block medical officer Dr Amit Dalal posted here at Udaigarh situated community health center said that there must have been an issue about the entry of details in the portal. Personnel of many departments are working simultaneously and this kind of error may have happened as the data may not have been updated. The work of vaccination is going well in the block area and actual data is being shared daily, Dr Dalal added.

Deceasedís daughter Rajshree Dohare is running from pillar to post after her fatherís death to get a compensatory appointment. Dohare was working as a peon at the government higher secondary school. She said that he was declared corona positive based-on his CT scan report. His family is not getting the benefit of compassionate appointment due to the negative RTPCR report. Expressing their anguish over the†message, Rajshree termed it a cruel joke and accused the authorities of making fun of a dead person by declaring him fully vaccinated.