A good number of roads have been dug under the project for laying the underground sewer pipelines that is being executed by a Tata company.

Akhil Bharatiya Akhada Parishad president and general secretary along with municipal corporation officials in Ujjain on Friday at the site where excavation of land is underway on the Panchdarshnam Juna Akhara for laying underground sewer pipelines. | FP PHOTO

Ujjain (Madhya Pradesh): The work of the underground sewerage line at Panchadasnam Juna Akhara, located near Kartik Mela Ground was stopped today by the national general secretary of the Akhara Parishad, Hari Giri.

He called the officials of Ujjain Municipal Corporation (UMC) on the spot and clearly said that he would not allow the sewer pipe line to come out on the Juna Akhara’s land. The pipeline was reportedly being laid without permission.

A good number of roads have been dug under the project for laying the underground sewer pipelines that is being executed by a Tata company.

An agitated Hari Giri called up the officers and asked them to come to the spot immediately. He also caled up two JCBs and instructed that the dug-up areas should be filled up again. He was accompanied by the national president of the Akhara Parishad Ravindra Puri and other saints. When additional municipal commissioner Aditya Nagar reached the spot, Hari Giri expressed his displeasure. He made it clear that they will not allow the underground pipeline to be laid from their land. Giri expressed his displeasure and said that digging up to 12 meters would lead to a big pit. In such a situation, if an accident occurs, who will be responsible for it? Giri said the pipeline should be laid from the side of the road.

Nagar explained the technical compulsion to the saint about the pipeline alignment necessary for the sewerage water coming from Gaughat side to be taken to Sadwal treatment plant. Nagar said that soon a meeting will be held with senior officials in this regard. 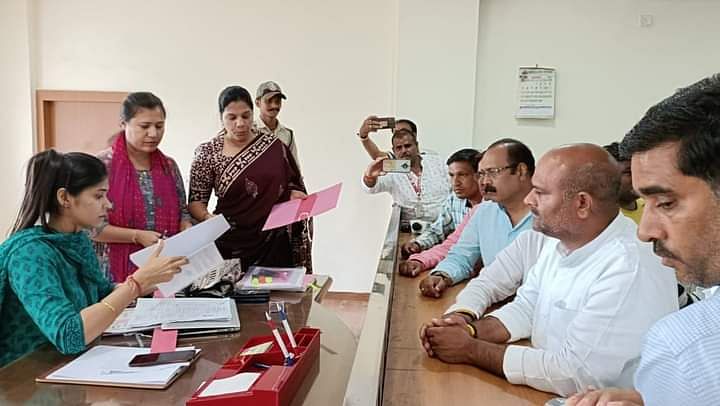