Ujjain (Madhya Pradesh): A man raped his six-and-a-half-year-old niece on the pretext of giving her chocolates here on Thursday. He lives separately from his elder brother. Meanwhile, the delay in the arrest of the accused led to resentment among people of the concerned area and they staged a demonstration in protest on Friday.

The six-year-old and six-month-old girl, who lives under Chimanganj Mandi police station, had gone with her mother to a residential area where her grandmother and uncle live. When they meet the girl’s uncle at a shop, the mother handed the girl over to him and went to meet her friend. But the uncle took the girl home ostensibly to give her chocolate and raped her after locking her in a room on the second floor.

After raping the minor, the accused fled from the spot. He left the girl outside the house groaning in pain. Neighbours said that the girl was wearing clothes inside out and blood was oozing from her body. Seeing this people got suspicious and informed her mother. The mother reached the police station with the innocent girl and filed a rape report against the brother-in-law.

The drug addict uncle who raped the minor has still not been arrested and this has upset the people of the area. People expressed their anger and staged a protest at the Chimanganj Mandi police station. They also gheraoed the police station at night. The police officers assured them that the girl’s uncle would be arrested soon. After registering the case, the police conducted a medical examination of the victim. TI Jitendra Bhaskar told Free Press that the accused is addicted to drugs. He also has a daughter, but he does not stay at home much nor does he keep a mobile phone. In search of him, raids have been conducted in different areas of Mahidpur, Jaora and Ujjain city, TI said.

Meanwhile, a demonstration was held at Tower Chowk demanding that the rapist be hanged. Residents of the area were also among the protesters. They were carrying placards with slogans in their hands and were shouting slogans. While demonstrating they kept demanding that the rapist be caught and hanged at the earliest. The protesters have warned of an agitation if the accused is not arrested within 24 hours. 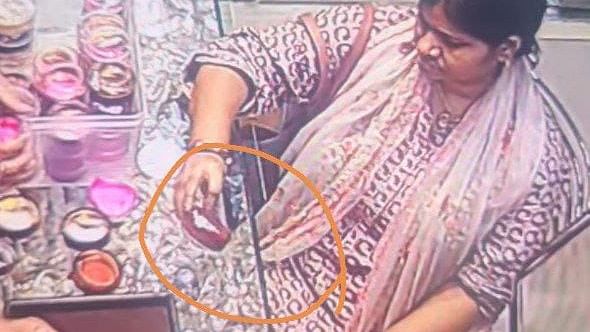