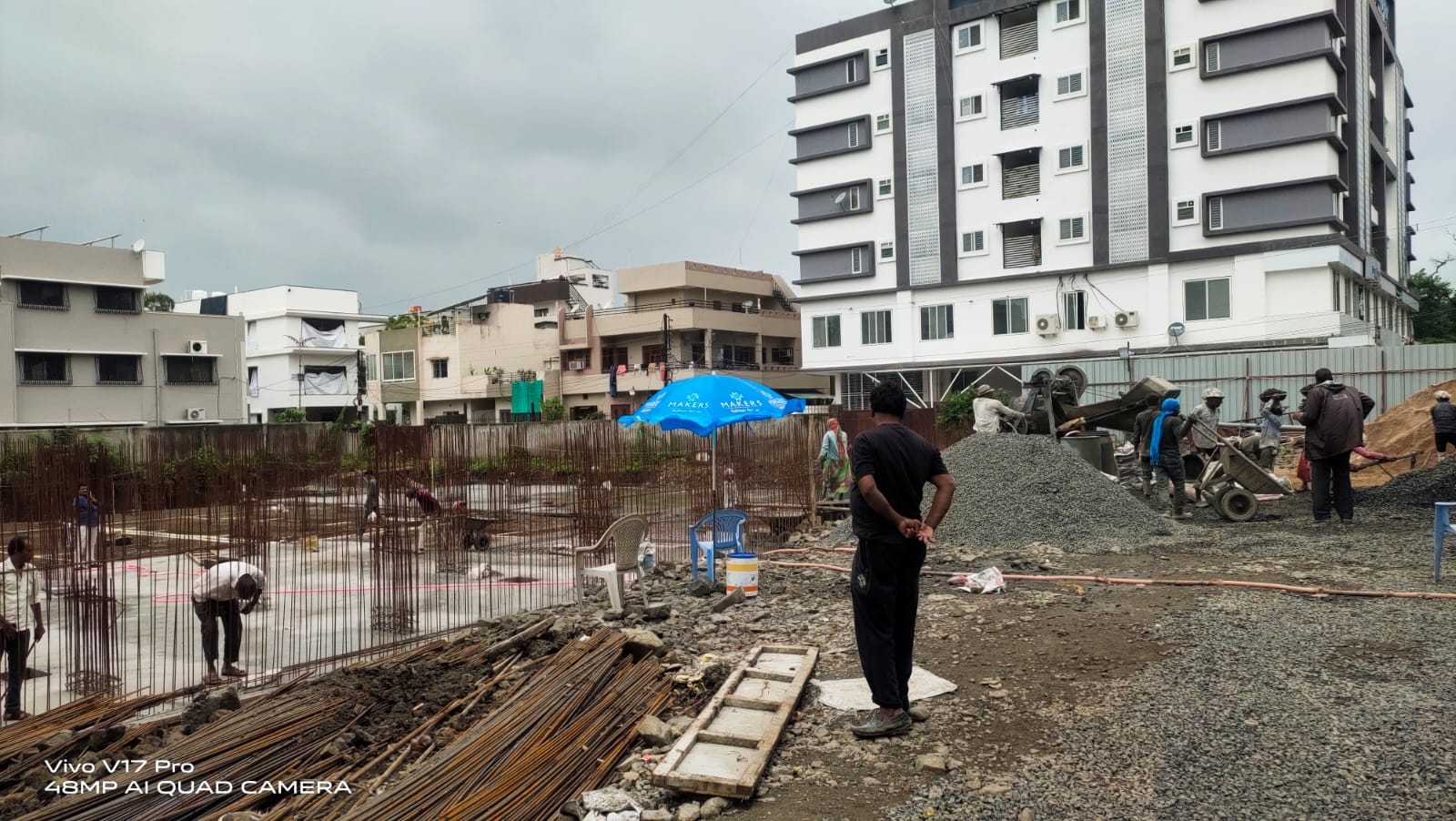 The multi-story building on a government land, whose permission was declared illegal in Ujjain on Friday | FP

Ujjain:To widen the road leading to Mahakal Bhakt Niwas, notices have been served to 13 homeowners who have allegedly built their homes on government land.

However, the landlords are afraid after the notice. The matter will be debated in the Tehsildar's court on Friday. Decision is expected in a day or two. Tehsildar Abhishek Sharma has given notice to 13 people living in Mahakal area which states that survey numbers 2252/1 and 2252/2 are government properties.

These landlords include Imran Sheikh, Nasir Baig, Habib Khan, Raisabi, Sushila Bai Hemraj, Devkabai, Sushila Ratanlal, Zarina B, Mukesh, Nitesh Jain, Sundarbai and Mohammad Hafeez. All of them have responded to the notice through Advocate Dharmendra Sharma. The matter will be debated on Friday.

Devka Bai's son Heera Sarwan said that the house was built after taking a loan. Their registry is 50 years old. They also have a building permit issued by Ujjain Municipal Corporation. Property taxes have been paid. Still, the administration is conspiring to grab our land. Where will we go if the house is demolished? Same is the story of Habib Khan. He says that in a single day, the administration will throw him on road. Despite possessing all the relevant documents he is still being harassed. A conspiracy is being hatched to deny us our due compensation. We will move court. Sushila Ratanlal, the owner of one of these houses, is nervous since getting the notice. She says have been living for years. “Where will I go at this age?”she said.

Vikas Jain, son of Nilesh Jain, says that after taking a loan of 40 lakhs on the land, he has built a hotel in the name of Shubh-Labh. “How will I repay the loan if something goes wrong?”

Who is right, the administration or the 13 homeowners will be decided in the court of tehsildar.