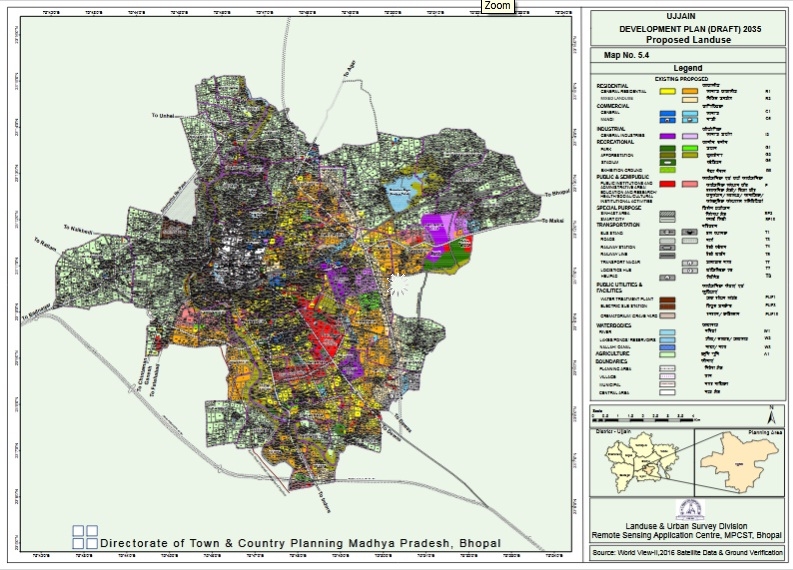 According to MP High Court Jabalpur, MP High Court Indore, Green Tribunal Madhya Pradesh and Ganga Basin, construction activities can be conducted only after 200 meters from river, but in the proposed master plan after 100 meters it was proposed to build a monastery, ashram, road resort by making a road, whereas in the rules there is a green plantation area up to 200 meters, due to the formation of resort, Dharamshala, their dirty water will flow into Kshipra.

Ravi Rai said, social activists and environment lovers of the city said that satellite towns were built in 2016 for the convenience of the devotees, a residential colony has also been proposed on them as the devotees visiting the city were bound to increase in 2028. It is necessary to increase the area of ??satellite town. Also, in the present master plan, the lands of Lalpur, Shakkar Vasa, Nimanvasa, Jeevan Khedi, Dawood Khedi, Sanvarkhedi area, which have been purchased by the builders, have been made residential. Whereas rules were published in the Land Development Act 2012 that provisions were made under Rule 23 for the lands to be made residential. Ravi Rai said, MP government will suffer a loss of about Rs 300 crores. Regional MLAs, MPs, social workers and Akhara Parishad also have raised their, in such a situation it is appropriate to cancel the said master plan in order to comply with the upcoming Simhanstha Mahaparv.