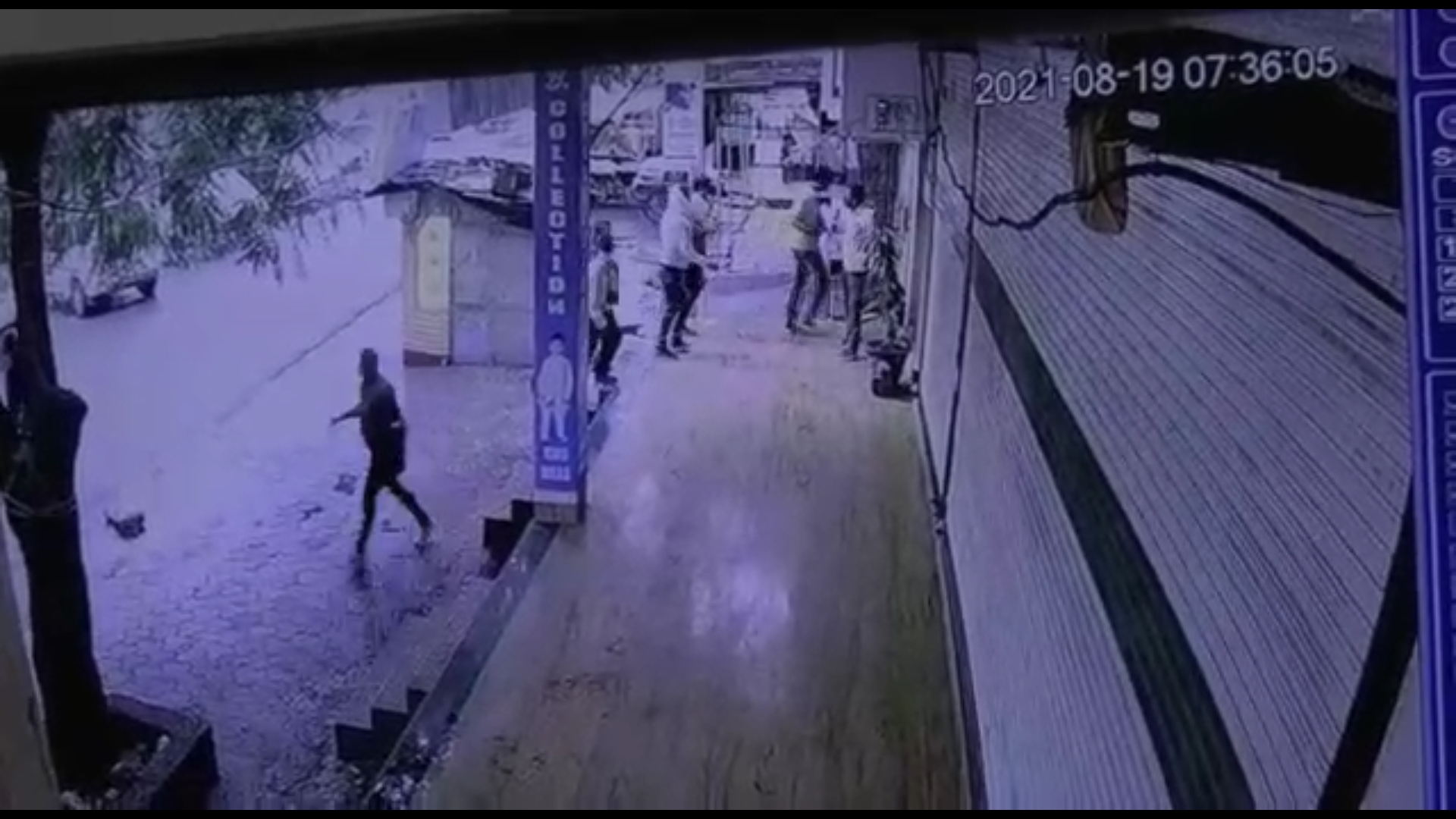 Ujjain: Son of ex-MP Dr Chintamani Malviya allegedly reached with a group of wrestlers to take possession of a building located behind Siddhivinayak Tower in Freeganj on Thursday.

The alleged Dushyant reached the building with Dheeraj Anjana, Anil Dharme, Chhotu Bana. They broke the locks and cameras of a paint shop.

The shopkeeper, Aashay Sharma, a resident of Basantvihar, alleged that Dushyant is harrasing him. The whole matter is in court and he has a stay.

Ravindra Sharma, a resident of Freeganj, signed a deal in 2016 with Ashok Agarwal, according to which Aggarwal was to develop a building on the Sharma’s land.

Aggarwal was to bear the cost of building on 1,250 square feet of land and profits were to be shared among the duo. After this deal, in 2017, Ravindra Sharma got the building and land registered in favor of Abha Agarwal, wife of Ashok Agarwal.

But the matter became complicated after the death of Ravindra Sharma in 2019. Soon Ravindra Verma's son Aashay opened a paint shop, while his brother Abhas Sharma opened a physiotherapy centre. A few days ago, Ashok Aggarwal sold this building to ex-MP Dr Chintamani Malviya for Rs 2.5 crore.

On Thursday, ex-MP's son Dushyant Malviya along with his associates reached to vacate the shop and office. Aashay alleged that Madhavnagar police station did not register his report.

Ex-MP Chintamani Malviya, said, he has bought the building legally from Abha Ashok Agarwal, the real owner for Rs 2.5 crore. Aashya and Abhas Sharma have malafide intentions. They do not want to vacate the shop and the office, so they are levelling false allegations. Their aunt Meenakshi Purohit, who lives in Indore have filed a case on Sharma brothers, he added .