Guests release a book during the public function.  | FP Photo
Follow us on

CM said that Brahmalin Satyamitranand Giri Maharaj had dedicated his entire life for service to humanity.Bowing down before the portrait of Swami Satyamitranand, the chief minister said, "I bow with reverence before Satyamaitranand Giri Maharaj, who led the community in the sacred ideals of Sanatan Dharma and spiritual enlightenment. The Maharaj was full of brilliance, his voice resembled that of Swami Vivekananda." There are three paths to attain the God - the path of knowledge, the path of devotion and the path of action and Swami Satyamitranand was the confluence of the three Trivenis, he further said. Swamiji Maharaj has built the temple of Bharat Mata in Haridwar, which is brilliant and today we have unveiled his statue in Ujjain and he will always be in our heart and mind, said CM.

At the beginning of the programme, a welcome address was given by Dr TR Thapak, president of Samanvay Seva Trust and vice-chancellor of Chhatrasal University and public representatives welcomed the guests. Trust secretary Mahesh Kanadi gave detailed information about the activities and planning. In the programme, CM honoured Naresh Bhardwaj, who made the idol of Brahmalin Swami Satyamitranand Giri Maharaj. On this occasion a book was also released by the guests. Ashok Bhati conducted the proceedings and Suresh Mord proposed a vote of thanks. 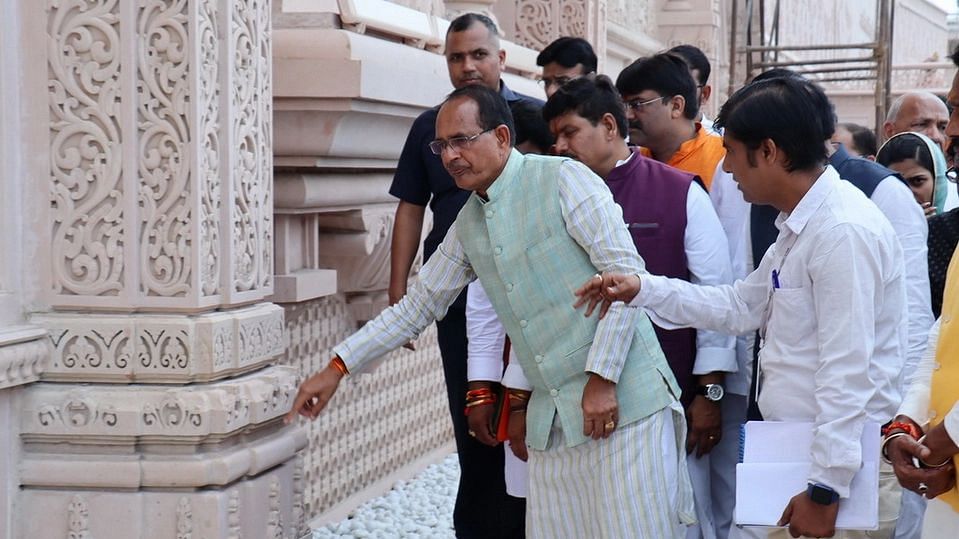