This story of cheating started in 2010. Accused Lokendra Singh Rajput had formed a company called Vardan Agritech. The company’s job was to prepare soybean seeds.

Ujjain (Madhya Pradesh): After 11 years, the Economic Offences Wing (EOW) of state police has arrested a thug who sold government soybean breeder seeds in the open market by making a seed producer company. He had grown a crop of seeds on paper and by selling 16 thousand quintal breeder seeds from the government in the market, he had duped the government of Rs 9.60 crore. Not only this, he also earned crores of rupees by giving ordinary soybeans to the farmers by describing them as certified seeds.

This story of cheating started in 2010. Accused Lokendra Singh Rajput had formed a company called Vardan Agritech. The company’s job was to prepare soybean seeds. The Bhopal-based State Seed Certification Society reportedly allowed the company to produce the seeds. In this case, Rajput did embezzlement in two ways. He formed the company, took permission for production from the seed certification body and got 24 thousand quintals of F-1 seeds from Jabalpur, but instead of sending 16 thousand quintals of these seeds to the fields for sowing, he sold them to the market. The officers of the district administration had got only 8 thousand quintals of F-1 soybean seed from him. In this way, he had defrauded the government by selling seeds worth Rs 9 crore 60 lakh in the market at that time.

In the same case, accused Rajupt committed the second fraud with the farmers. He gave the farmers who had contracted with the company to sow normal soybeans in place of F-1 seeds and sold the finished produce in the market as soybean seeds. The then seed certification officer Dayaram Bhavel and Rakesh Yadav were also involved in this act, who certified the cultivation of seeds on paper. These two officers are posted as seed certification officer in Indore these days and EOW is going to take the prosecution’s approval to register a case against them as well. DSP Ajay Kaithwas said that Rajput caused damage to the government by selling F-1 seeds, and duped the farmers too by selling them fake seeds. More than 500 farmers had then complained to the district administration. He was produced in the local court on Wednesday and his remand was also sought so that he is not able to influence the evidence. 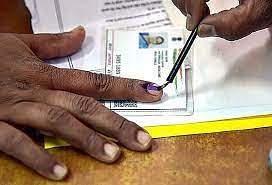