HomeIndoreTrend in Indore: Hanging bottle of red liquid outside homes to stop dogs from pooping

Trend in Indore: Hanging bottle of red liquid outside homes to stop dogs from pooping

Indore: There is a strong belief among people that hanging a bottle filled with red-coloured water in front of your premises will ensure that dogs do not defecate there. This trend was seen in Krishi Vihar, Kanadiya Road, Tilak Nagar, Sainath Colony, Usha Nagar, Venkatesh Nagar and Mahalaxmi Nagar.

Pramila Jain, a homemaker, residing in Usha Nagar said, “Dogs defecating in front of the house is irritating and when I heard from someone that hanging a bottle filled with red-coloured liquid will prevent dogs from doing their big business in front of the house, I decided to give it a try. Now dogs do come, but they do not defecate, so I think the bottle with red-coloured liquid is working," she said.

“After closing my centre, I hang this bottle so that dogs do not defecate in front of my centre, and this bottle actually works!” Paras Jain, owner of car service centre at Kanadiya road, said.

“There is no scientific reason behind such an idea. Dogs generally have a fixed place for defecating, which is generally open plots or grasslands. Dogs are colour blind. They have no rod cells, which enables visibility of colour.” 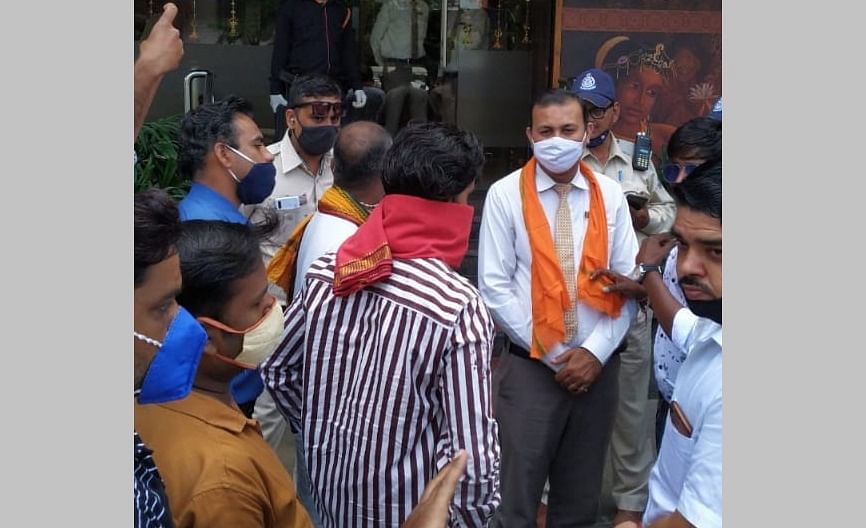