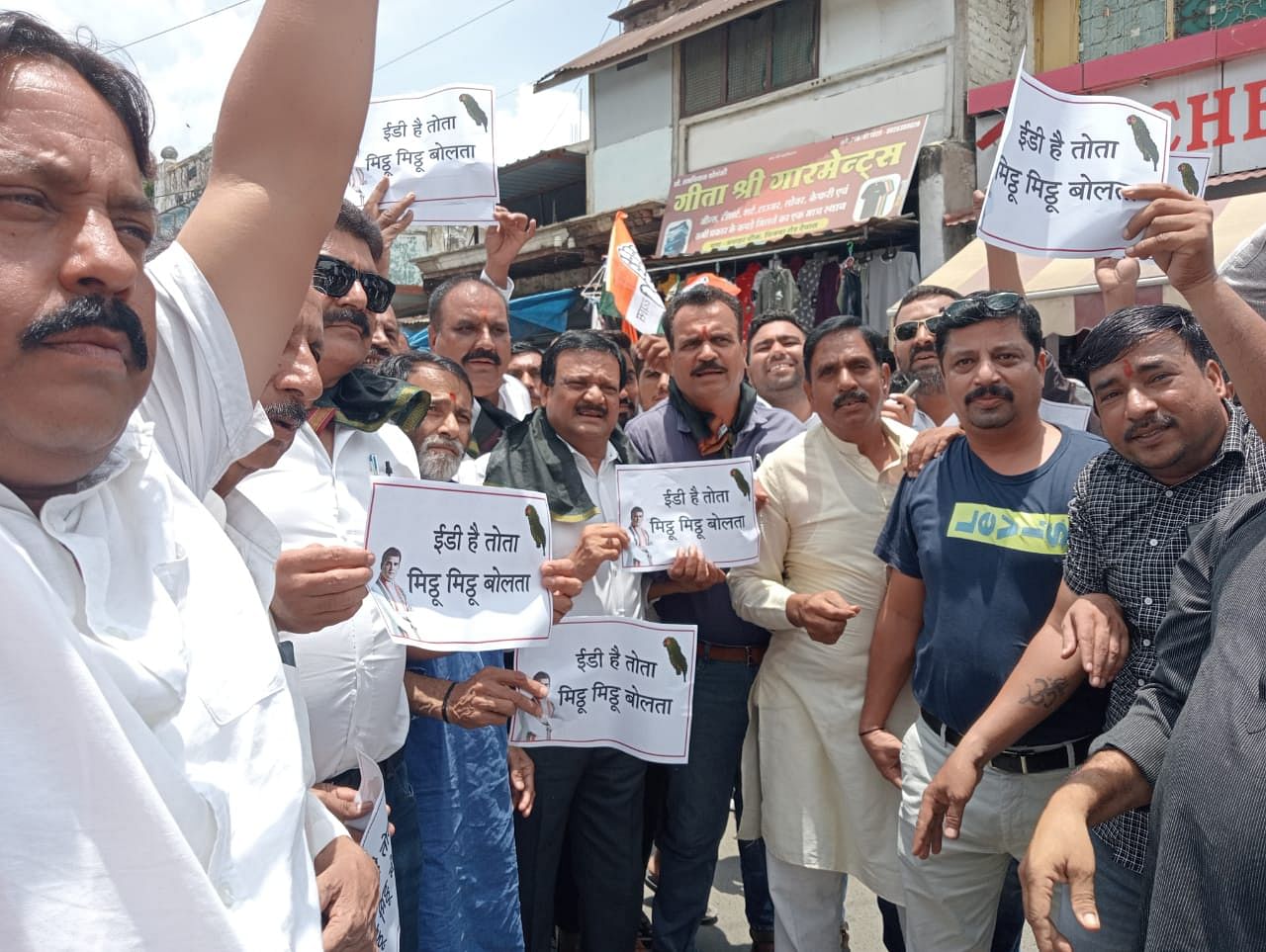 A high voltage drama was witnessed here at the BJP office located in Dewas when an aspiring candidate from BJP from Ward no 25, Bhojraj Singh Jadon threatened to commit suicide by pouring kerosene on himself outside the Party office in Dewas after he failed to get a ticket for the upcoming polls. Drenched in fuel, he attempted self-immolation but was rescued by his acquaintances.

It came to light that former state co-convener, Jadon was seeking a party ticket to contest civic body polls, but the party refused and had given the ticket to an outsider that its party member.

On which, scores of party workers staged a demonstration and raised slogans at the party office. They alleged that the party had given tickets to outsiders defying their party members. Infuriated worker Manoj Solanki then urged to contact district president Rajiv Khandelwal but the party didn’t pay any heed.

Disappointed Jadon also contacted several BJP leaders but could not get a satisfactory answer in his favour which led him to take such a life-threatening step. He also alleged corruption in ticket distribution by the district president and general secretary. BJP in its first list of candidates for upcoming Elections has given more importance to outsiders than loyalists which is reprehension.