Colour of the day: Violet

Siddhidhatri is the ninth and final among the Navadurga (nine forms) of the Hindu mother goddess Mahadevi. The meaning of her name is : Siddhi means supernatural power or meditative ability, and Dhatri means giver or awarder. She is worshipped on the ninth day of Navratri (nine nights of Navadurga), and she fulfils all the divine aspirations. It is believed that one side of Lord Shiva’s body is that of Goddess Siddhidhatri. Therefore, he is also known by the name of Ardhanarishwara. According to Vedic scriptures, Lord Shiva attained all the siddhis by worshipping this Goddess.

Devotees worship her on Maha Navami, and it is believed that she takes away ignorance from her devotees and grants them knowledge.

How do we worship Maa Siddhidhatri?

As per scriptures, the idol or photo of Siddhidhatri should be placed near the kalash. Then, offer her kumkum and red and yellow flowers. Next, offer her dhoop, agarbatti, chant the mantras of Siddhidhatri Devi, pray for prosperity of the family, and perform ghee aarti. In order to get the blessings of Maa Siddhidhatri, you should perform the Panchopchara puja by offering Gandham, Pushpam, Deepam, Sugandham, and Naivedyam (bhog) to the Devi's idol. 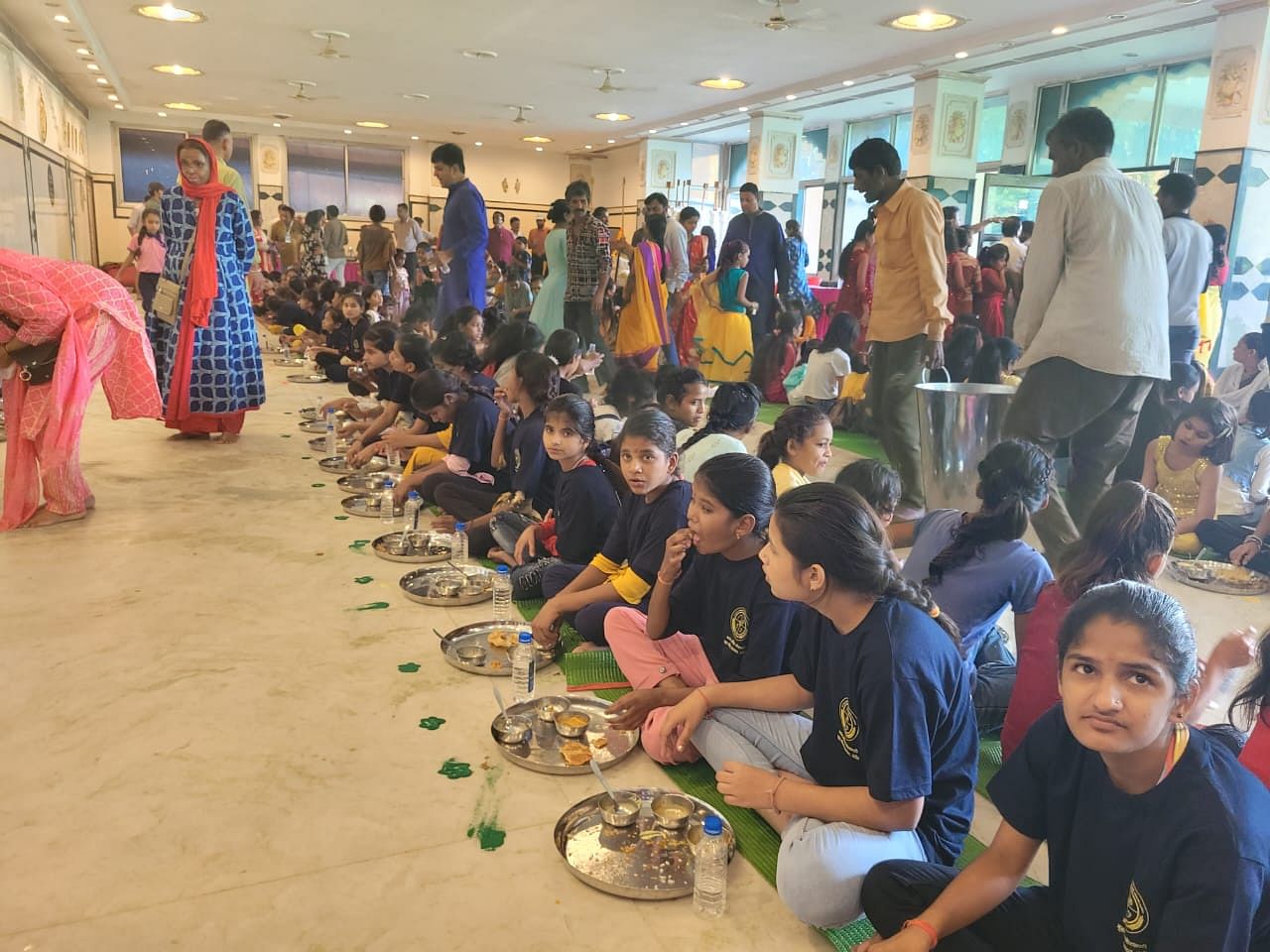 People in the city will celebrate Maha Navami today, and according to rituals, devotees will offer bhog to Maa Durga, after which bhandaras will be organised in most of the pandals. Pt Pawan Pathak told Free Press that bhog should be consumed by devotees after offering it to Maa Durga. He said, “This is the second day of Kanya Pujan where girls will be fed in the morning, after which devotees can consume the offered food to Maa Durga and girls.”

Bengali Club in the city will organise their bhog ritual in the club after Navami puja. It is after two years that people in the city will attend bhandaras on a grand scale, as there were many restrictions due to the pandemic.