HomeIndoreMP: Man killed for asking not to smoke at petrol pump

MP: Man killed for asking not to smoke at petrol pump

Dewas (Madhya Pradesh): One person died while another sustained severe injuries after they were attacked by a group of five youths who were stopped from smoking at a petrol pump in Dewas district.

The incident was reported at a petrol pump near Khatamba in Dewas district and police said that the youth were stopped from smoking cigarettes by the victims at a pump.

They said the five youths involved in the incident - Firoz, Faizan, Altu, Kaju and Sameer - have been arrested. The incident occurred around 11 pm on Monday.

Police said Jojan Singh, a resident of village Khatamba, died in the incident and the injured person has been identified as Rahul. He is undergoing treatment at Indore.

The CCTV fottage of the incident shows the accused persons arguing at the petrol pump.

Angry villagers protested over the incident and demanded the arrest of the accused involved in the crime.

Dewas additional superintendent of police (ASP) Manjeet Singh said that the police registered a case and arrested all five accused. He said police were looking at CCTV footage for more details about the incident. Illegal constructions of the accused were razed by the administration, officials said. 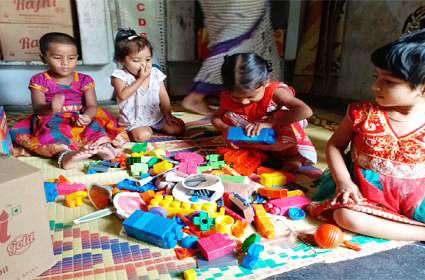