Mhow (Madhya Pradesh): An eight-members from Arunachal Pradesh arrived on Thursday to inspect various Anganwadis of the town. The team started its tour from the birthplace of Babasaheb Bhimrao Ambedkar at Kali Paltan where the members went to Baba Saheb's memorial and also took photographs. After which the team reached the Anganwadi located at Telikheda. Here small children welcomed the party by giving them roses. The team inspected the Anganwadi and also saw the plants planted there. The next Anganwadi they visited is located in Gaikwad. Here the team narrated the ABCDE poem to the children, while the children also narrated stories to them. After which the team reached another Anganwadi in Mhowaon and after that left for inspection of Manpur NRC.

DPO Aroti Tayeng, CDPO Bhahi Kou, CDPO Tenzin Komu, CDPO Pakkar Nomuk, AWW Kargam Atey, AWW Rasna, Angasi were a part fo the team. Along with these, DPO Ramniwas Budhelia, rural CDPO Sushil Chakravati, CDPO Prateek, urban CDPO Rekha Sharma were present. The DPO of the team said that even though the Anganwadis here lack somewhat in infrastructure but they were impressed by the system of adoption of Anganwadis which have good infrastructure and will start this system in their state too. 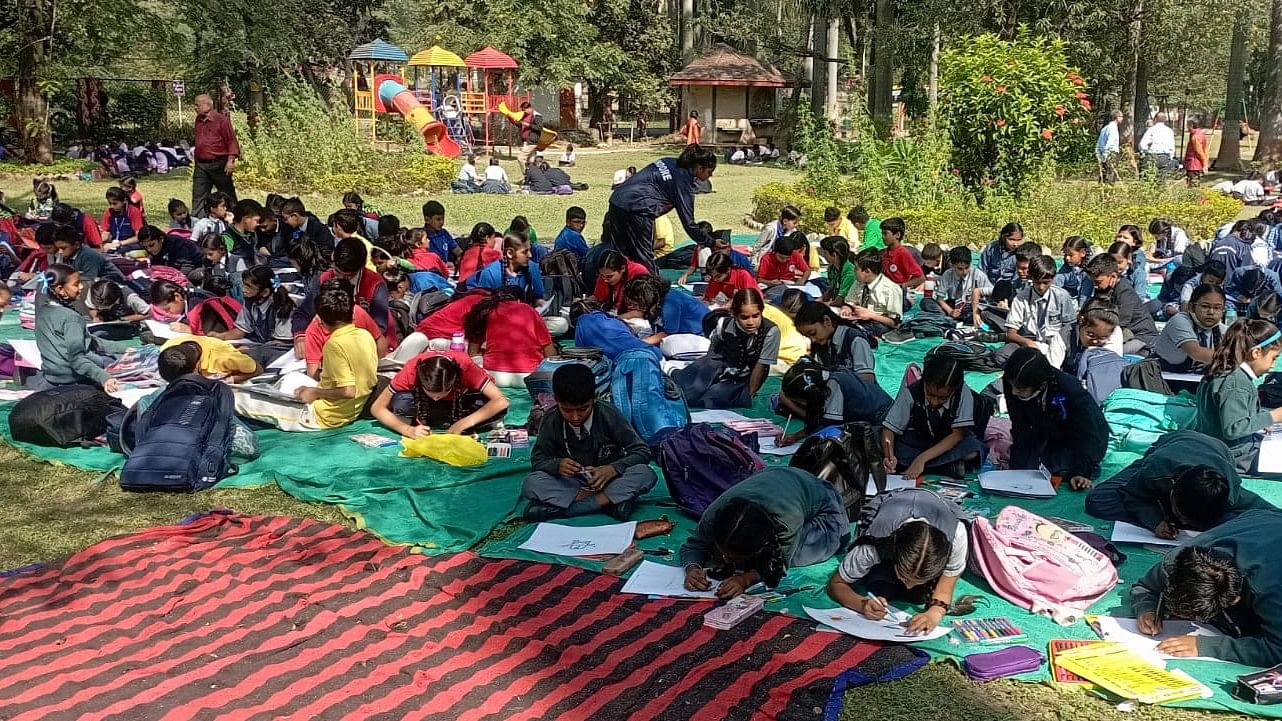