The MLA immediately took action on the complaints after discussing with the officers concerned.

Mhow (Madhya Pradesh): As the assembly elections are approaching, the closeness of the leaders to the people is increasing. On Saturday, the Minister of Tourism and Culture and the regional MLA organised a public court at Dak Bungalow to listen to the problems of the people. During this many people met the MLA regarding their grievances. The MLA immediately took action on the complaints after discussing with the concerned officers. Minister Thakur reached Dak Bungalow at around 2.30 pm. People had gathered here with their complaints an hour before. Along with this, officers and employees of the Cantonment Board, Electricity Company and other departments were also present.

The farmer who came from Simrol said that due to the problem of name in the Aadhaar card and registry, he has not received Kisan Samman Nidhi for two years. On which minister Thakur immediately called the SDM and informed the complainant about this. Similarly, the sarpanch of Jakukhedi met the minister regarding the road construction, on which the minister took the complaint and assured it to be resolved soon. Another complainant told the minister that there are names of three people in the ration card. Despite this, 4 kg of wheat and 6 kg of rice are available, while there is 15 kg of grain. On this, the minister told the superintendent of the council office present here that why is it happening. The superintendent said that everything is updated only from the portal of the state government. Mhow district president Sardar Malviya said that the public court went on till 5.30 pm, in which 51 complaints were received. Most of them were resolved on the spot by the minister. 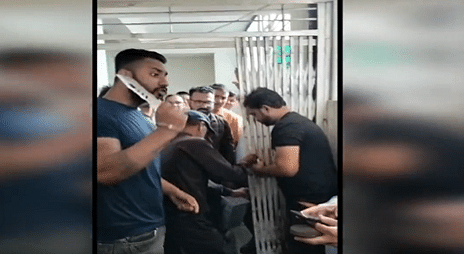