In the past, in order to vacate the government land, the revenue department had also given notices to both the occupiers several times

Mhow (Madhya Pradesh): Recently, in the Employment Surgeon Day programme, Chief Minister Shivraj Singh Chouhan had announced that a permanent revenue office would be set up in Pithampur Industrial Area. Regarding the announcement, the Dhar district administration on Thursday took up the construction of tehsil office building in Sagaur area on government land. Devi Singh's father Gopal and Jagdish Galla, who occupied the farmhouse, have been freed on Thursday spread on 1:3 hectare of government land. The work for the building has begun. A two-storey tehsil office building will be constructed in around 12k square feet. In this action of the administration, police and staff including sub-divisional officer (SDO), tehsildar, naib tehsildar and patwari of the area were deployed.

In the past, in order to vacate the government land, the revenue department had also given notices to both the occupiers several times. Patwari Dashrath Solanki said that many times action was taken against the encroachers but after every action they started cultivating the land. But this time, the district administration made a lot of efforts to find the land for the tehsil office. 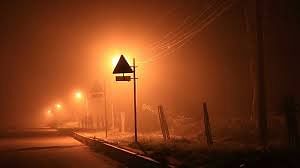