The first match in the small boys' category was between Shriyan Sule and Ved Patidar. In girls' wrestling Kashish Verma beat Himesh Jaria.

Mhow (Madhya Pradesh): A wrestling competition for Kodariya Mhow Kesari and Kodariya Mhow Kumar was organised here. Wrestlers from all the surrounding areas of Badgonda, Depalpur, Bhatkhedi, Mhow, Kodariya, Ashapura, Harsola, Simrol, Hatod, Khandwa and Indore participated in the tournament. The Ustad/Khalifas of all the akhadas were welcomed by the committee by tying them safas.

About 300 wrestlers participated and 150 wrestling matches were organized. Kodariya Mhow Kumar's wrestling was conducted for the wrestlers weighing less than 65 kg and Kodariya Kesari's wrestling was conducted between the wrestlers weighing above 65 kg. The final match of Kodariya Mhow Kumar was between Vikas Kaithvas of Mhow and Dheeraj Patharia of Bhatkhedi in which Vikas Kaithvas was victorious. In the final match of 'Kodariya Mhow Kesari', Golu Jat wrestler from Ashapura captured the title by defeating Rohit Yadav of Malhar Ashram Indore.

The first match in the small boys' category was between Shriyan Sule and Ved Patidar. In girls' wrestling Kashish Verma beat Himesh Jaria. The other match was between Priyanshi Kaushal and Mahi Kaushal. Guest Radheshyam Yadav, Janpad Panchayat president Sardar Malviya attended the competiton. The enitre programme was conducted by Vivek Sharma and Santosh Sule while the vote of thanks was given by wrestler Rajesh Patidar. 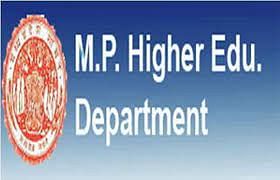