Now there will be no public hearing proposed by the Pollution Control Board Regional Office Dhar in Hedawa village on Wednesday.

Meghnagar (Madhya Pradesh): Amid ongoing protest by tribals over allotment of land block for mining at Thandla development block in Jhabua district, collector Somesh Mishra cancelled the in-principle permission of the lease granted by the mining officer for mining in the village.

Now there will be no public hearing proposed by the Pollution Control Board Regional Office Dhar in Hedawa village on Wednesday.

On March 30, 2022, the district mining officer issued in-principle permission for mining without the consent of Hedawa gram panchayat to Ratlam-based M/s CP Global Buildcon on survey numbers 340, 341, 342 of Hedawa village.

The surveyed land on which permission for mine approval was given holds religious importance for the villagers, so the villagers expressed their dissatisfaction over the allotment and urged the collector to cancel it.

When contacted the district mining officer Dharmendra Singh Chauhan confirmed the cancellation of the in-principle approval given to M/s CP Global Buildcon for the mine in Hedawa village. Chouhan did not specify the reasons or reasons for which this has been done.

Pollution Control Board, Dhar, regional officer Manoj Kumar Mandlai said that the collector has cancelled the in-principle permission issued to the mine, due to which the public hearing scheduled to be held on September 7 in Hedawa village has been cancelled.

Permission of two mines on one NOC

In the case of the department giving two orders, two applications would have to be made as well as two clearances would have been taken from all the departments, but only one correspondence was made with the Gram Panchayat Hedawa in this regard on February 9.

On February 28, the Gram Panchayat lodged an objection in this regard and informed about the same to the janpad panchayat as well. Despite this on what basis the Mining Officer Dharmendra Chauhan issued the in-principle permission is a big question.

There is no government land in the village. The land has been reserved as grazing land, so the villagers will not allow the mine to be approved under any circumstances.

Hedawa gram panchayat had passed a proposal in the Gram Sabha to reserve the land for gaushala, school building and drinking water on the above survey land. Besides, on the above land, the people of the tribal community offer prayers to their deities. They used to worship Sawan Mata and Baba Dev, Khatrij here. The said hill is spread over an area of about 12 hectares. 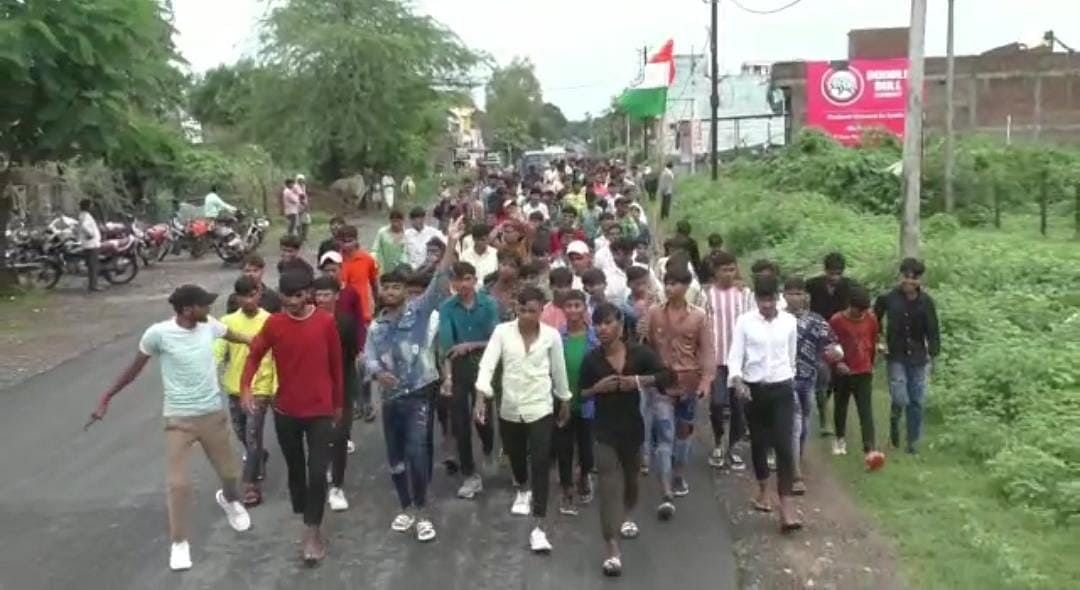