Mayoral polls: Who will have the last laugh?

The core committee of the state BJP unit met on Sunday but could not reach a consensus for mayoral candidates for Indore and other places too. Sources said that the core committee decided to leave it up to the central leadership to finalise the names, at least for Indore.

Indore (Madhya Pradesh): Will it be Indore-2 MLA Ramesh Mendola, Dr Nishant Khare, BJP city chief Gaurav Ranadive or additional advocate general Pushyamitra Bhargav? Or it will be a surprise in the form of Govind Malu?

The core committee of the state BJP unit met on Sunday but could not reach a consensus for mayoral candidates for Indore and other places too. Sources said that the core committee decided to leave it up to the central leadership to finalise the names, at least for Indore.

Ranadive is learnt to be having the support of Chief Minister Shivraj Singh Chouhan and Bhargav too is in the race as a few members in the core committee are of the view that this time party should experiment with some young person who is not directly associated with party affairs.

“Mendola and Khare are among the front runners but Ranadive is not far behind. The political equations are changing so fast within the BJP that anyone can prevail now. It can even be Govind Malu or somebody else. Everyone has seen how the party central leadership had surprised with the names it had finalised for Rajya Sabha polls,” said a senior BJP leader wishing anonymity. He said that he was surprised when Malu’s name suddenly came in for a discussion on Sunday.

According to sources, one member during the core committee meeting said that Mendola is a winnable candidate. “A few members replied that he is not the only winnable candidate from Indore. They said that other suggested names are equally competent,” sources claimed.Initially, names of Sudarshan Gupta and Malini Gaud were also doing the rounds but they were reportedly dropped from consideration after Congress declared Indore-1 Sanjay Shukla as its candidate for mayoral polls.

As Shukla had defeated Gupta in assembly polls, pitting the latter against the former in a bigger election was not considered a good idea when there are other options available. Gaud’s chances too faded away in absence of support from any senior leaders.On the other hand, Malu suddenly made a surprise entry into the front runners group as he has good relationships with many Union ministers.

With political equations changing fast, Mendola met Union civil aviation minister Jyotiraditya Scindia. Scindia’s protégé water resources minister Tulsiram Silawat facilitated the meeting between the duo. As per sources, Scindia and Mendola held a meeting for about 15 minutes. Notably, Mendola had played a major role in the victory of Silawat from Sanwer during by-polls. Since then the two had gotten closer 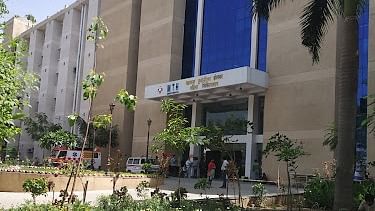 HomeIndoreMayoral polls: Who will have the last laugh?