Shankar Lalwani, Pal inspect the proposed site on Khandwa road. The road between Bhanwarkuan Sq. and Tejaji Nagar has 2 lanes. One of the busiest roads in the city, this stretch is accident-prone.
Staff Reporter 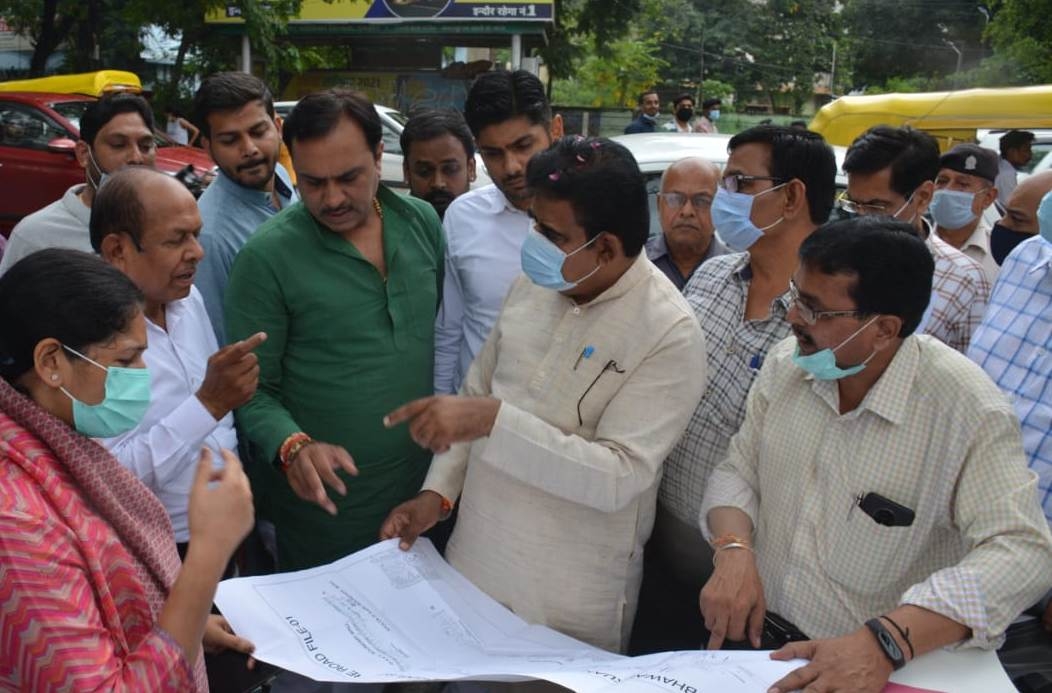 Indore (Madhya Pradesh): Work is going to begin soon on laying a new, broad cement concrete road between Bhanwarkuan Square and Tejaji Nagar. “The width of the road will be 104 feet, while the length will be 6.5 km,” MP Shankar Lalwani told reporters. He, along with municipal commissioner Pratibha Pal, inspected the proposed site on Tuesday.

Currently, the road between Bhanwarkuan Square and Tejaji Nagar has two lanes. It is one of the busiest roads in the city. This stretch is accident-prone as it has no divider.

Lalwani said that there is a lot of vehicular traffic pressure on the road between Bhanwarkuan Square and Tejaji Nagar and its narrow width makes things all the more difficult for commuters. Many colonies have come up on both sides of the road, which also has an increased vehicular load.

Keeping all this in view, it was decided to build a new, wide cement concrete road on the stretch between Bhanwarkuan Square and Tejaji Nagar.

Along with the new road, the officials concerned were directed to include the stormwater line, drainage line and footpath also in the project.

‘The main feature of this road will be that the median of this road will be about three metres wide, so that, in future, sufficient space will be available on this road for the Metro project and elevated bridge construction. Along with this, decorative lights will be installed on smart poles on the road,’ Shankar Lalwani said.