It was organized in Sondwa block of Alirajpur district where 415 tribal women participated with the vegetables. More than 2000 tribal people from villages around also participated in the event.
Staff Reporter 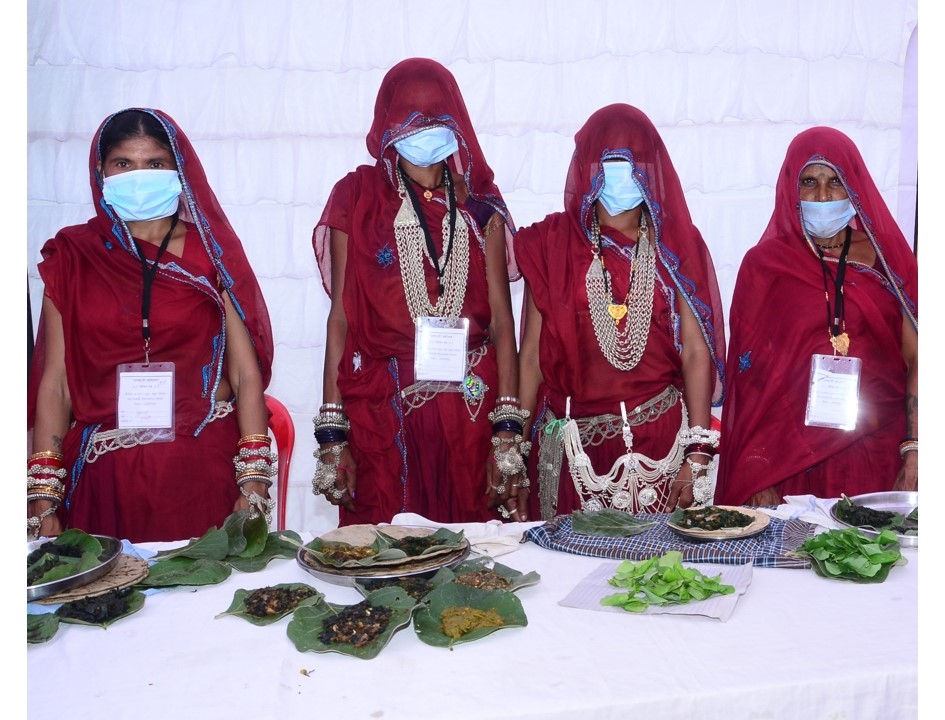 Bhopal (Madhya Pradesh): A unique festival called ‘Van Bhaji Mahotsav’ was organized recently in the tribal district of Alirajpur with the objective of linking youth with the native knowledge.

It was a collective effort initiated by scientist Saurabh Maru. “During interaction with the tribal of Alirjapur we found that they know a lot about vegetables grown naturally in the nearby forests but their grandchildren, i.e. today's generation doesn’t know anything about it,” said Prof Maru.

They have a traditional knowledge about the vegetables grown in the forest besides knowing what precautions to take while cooking them else they could be harmful, he added.

After an interaction with tribal people of about 35 villages in and around Sondwa block in Alirajpur district for the past several months, several families were convinced about the objective to conserve the traditional tribal knowledge.

Ultimately in the third week of August ‘Van Bhaji Mahotsav’ was organized in Sondwa block where 415 tribal women participated with the vegetables. More than 2000 tribal people from villages around also participated in the event.

“These women came up with raw and cooked vegetables. During the programme they shared the ways to cook those vegetables. Explaining about the vegetable she brought, one of the women said that first it should be boiled and the water thrown away. Then only it should be cooked else it could be harmful,” said Prof Maru.

He said that the tribal know how to negate the harmful effects of the vegetables grown in the forest areas. The participants shared their experience. Probably this is first of its kind of a festival in Madhya Pradesh, he added.

Prof Maru and his team are now documenting these vegetables in a scientific manner. It will take around two to three months for proper documentation. He said that after this there will be efforts to connect it with the livelihoods of the tribal people.