Madhya Pradesh: Two brothers kill woman after her son elopes with their sister 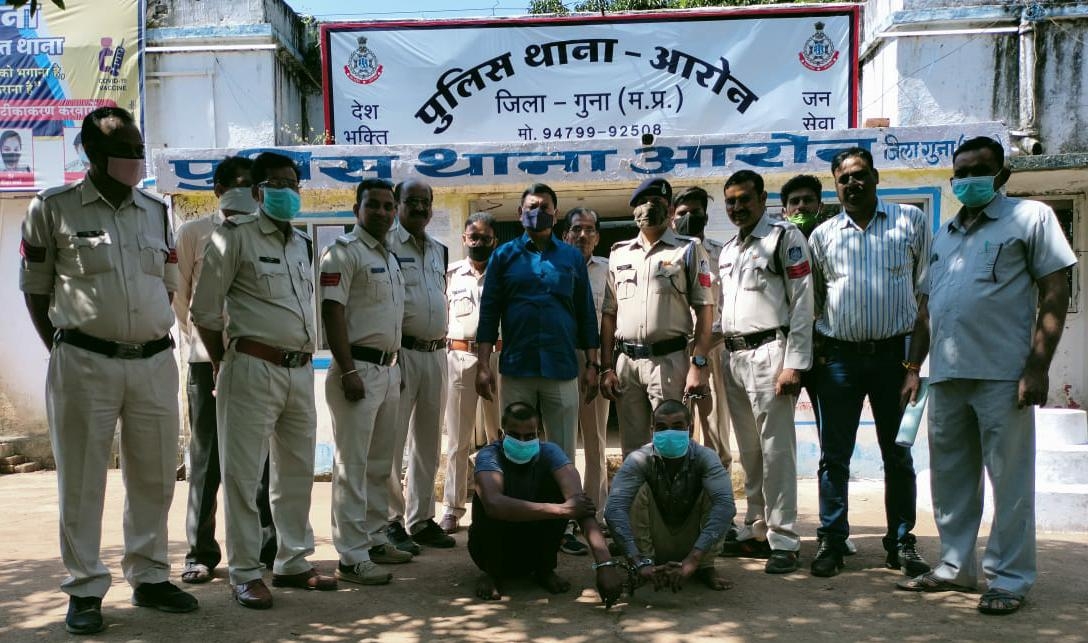 Guna (Madhya Pradesh): Guna police have arrested two persons in connection with murder of a woman. The accused had barged into the woman’s house looking for her son, who allegedly had eloped with their married sister. However, failing to find him, the two brothers killed the woman. The woman’s body was found on the roof of her house on Tuesday morning.

According to information, the deceased was identified as Amarbai Ojha , 45, wife of Rambabu, a resident of Pathar Mohalla, under Aron police station limit. The two brothers Lalu and Kalla Ojha have been arrested and booked for murder.

Police said that Amarbai’s eldest son Golu had eloped with a married woman a few days back. The woman, mother of two, was a resident of Dhamnar village. Upset over the elopement, the woman’s brother Lalu and Kalla launched a manhunt for Golu and their sister, but in vain.

Looking for Golu, the duo barged into his house late Monday night. However, they could only find Golu’s mother Amarbai. The woman, fearing for her life, climbed onto the roof. The two brothers hit the woman with a wooden log resulting in her death on the spot.

The accused fled from the spot, leaving Amarbai in the pool of blood.