Madhya Pradesh: Tussle in Nawab's family over title of a new Nawab

A day after a statement was issued that the Nawab's family did not bestow the title of the next Nawab to anyone.
Ashok Sethia 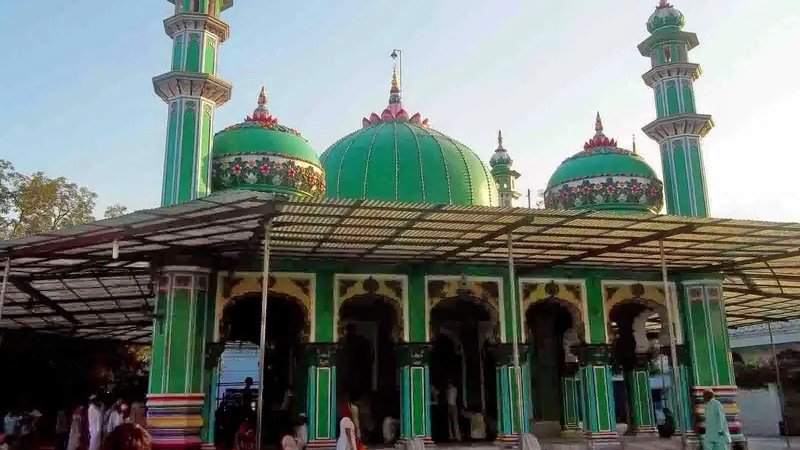 Jaora (Madhya Pradesh): While the row over the issue of maintaining the Mutawwali system on Hussain Tekri Sharif is still going on, there is a tussle in the Nawabís family regarding the title of Nawab.

A day after a statement was issued that the Nawab's family did not bestow the title of the next Nawab to anyone.

On Wednesday, a statement was issued from Saulat Ali Khanís family that, on the second day after the death of Nawab Sarwar Ali Khan, before the funeral, in the presence of the Shahr Qazi and the community, the family has carried the turban wearing ritual to confer the title of Nawab on Saulat Ali Khan.

Several members of the Nawabís family gave a verbal consent and released a photo of him wearing a turban on that day. The statement is going viral on social media, as well.

Imtiaz Ali Khan, son of former Nawab Intesar Ali Khan, who belongs to the Nawab family, supported the move and said that Saulat Ali Khan, son of late uncle Nawab Sarwar Ali Khan, had been bestowed the title of Nawab by wearing a turban according to tradition. ìWeíve extended our support in this matter. Most members of the Nawabís family were present during the turban ceremony.

Meanwhile, Munawwar Gulrej Ali, one of the members of the Nawabís family, had issued a statement a day earlier that the Nawab tradition was almost over and, therefore, the Nawabís joint family had not bestoed the title of the next Nawab on anyone.

Replying to him, on Wednesday, a 72-year-old member of the Nawabís family, Ishrat Ali Khan, said that 19 families of the Nawabís descendants were residing here. Except for one or two, no one had bestowed the title of Nawab on anyone. ìWhen we decide, the information will be released to the media. Right now, this position is lying vacant.î

On December 8, the Waqf Board, Bhopal, had formed a six-member committee for the management of Hussain Tekri Waqf. This was challenged in the high court by the present Naib Mutawwali Mubin Temuri and others. It is argued that the condition of Waqf registration includes that the members of the Nawabís family from generation to generation will remain Mutawwali.

Outsiders are included in the committee. A hearing on this was held on Wednesday. The next hearing in the case is scheduled for Friday. Their case will be presented by the committee on that day.

Rauf Mohammad Qureshi, who has been made committee chairman, says the decision on the committee had been taken by the board. As far as the petition in the high court is concerned, a caveat has been issued. A decision on this is yet to come. ìIf weíre given the charge, weíll work with everyone together,' he said.

Meanwhile, Jaora SDM Himanshu Prajapati said that the record had been confiscated. Now, a proper investigation into the property, income-expenditure and local appointments of Hussain Tekri will be done by forming a committee.