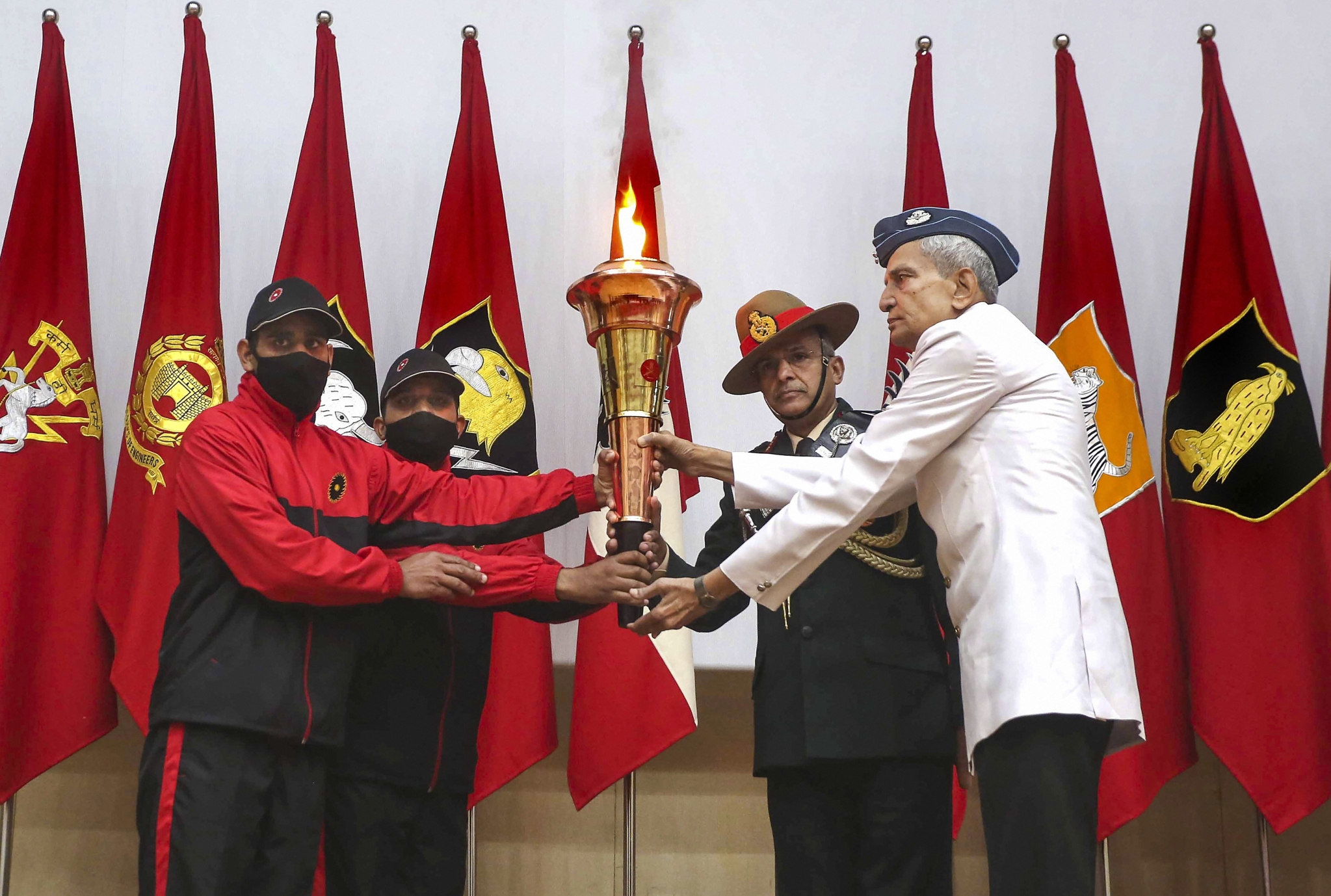 Army personnel and children of various schools welcomed the victory flame at the Defence Services Officers Institute (DSOI) Square on Sunday and led the entourage along the Mall Road to a grand reception at the Infantry Memorial.

This stretch of the road was decorated with flowers, banners and buntings. Service personnel and their families, NCC cadets, civilians and school children welcomed the victory flame by raising the slogan of 'Bharat Mata ki Jai' and waved the national flags on the occasion.

The flame received a grand reception at the Infantry Memorial and was placed on a decorated pedestal. It was presented with a Guard of Honour and Station Commander Mhow laid a wreath on behalf of the Mhow Cantonment.

The flame was later kept at the memorial for everyone to pay their respects while the military band played patriotic tunes. People, school children and NCC cadets were seen busy taking pictures with the flame.

The celebration of Swarnim Vijay Varsh was flagged off from the National War Memorial in New Delhi on December 16 last year.