The activist of the organisation created a ruckus after unearthing the illegal sale of cattle.
FP News Service 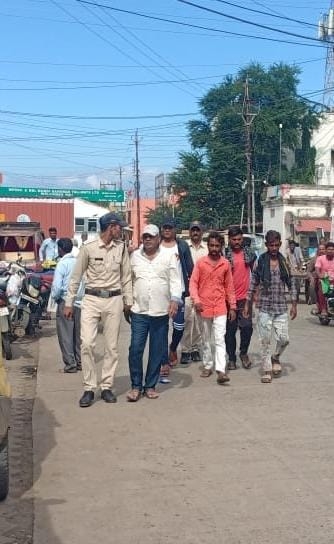 Sanawad (Madhya Pradesh): Due to the alertness of activists of a saffron organisation here 5 persons including the secretary of the gaushala have been sent to jail for allegedly running a racket of sale of cattle.

The activist of the organisation created a ruckus after unearthing the illegal sale of cattle.

When the activist asked members of the alleged racket about their accomplice, they named secretary Satyanarayan Goel as their aide.

The activists then pressurised police to act in the matter and at their behest the five alleged accused were arrested.

After their statement, Goyal and his aides were arrested and presented in the court- which sent them to jail.