SAM president Col. Ravi Batra said that all the members wanted to pay tributes collectively, but being people from the Services, they had two things on their mind. The first was to organise the event and the second was to follow Covid guidelines.
Staff Reporter 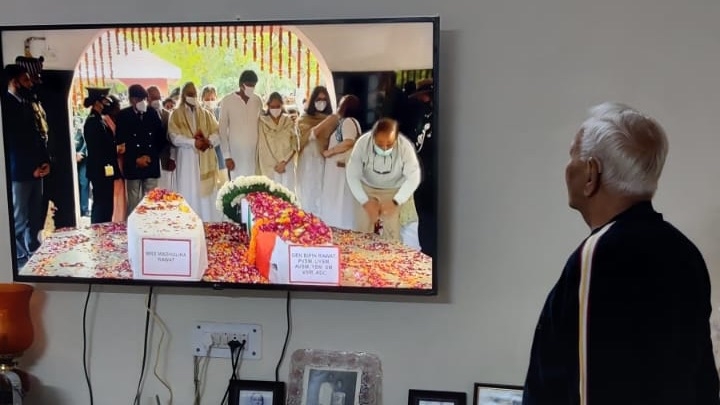 Mhow (Madhya Pradesh): As many 55 members of the Sainik Awas of Mhow (SAM) paid tributes to the great son of the nation CDS Gen. Bipin Rawat and his wife, Madhulika Rawat, in a most unique way. All members are veterans retired from the Army, Navy and Air Force.

SAM president Col. Ravi Batra said that all the members wanted to pay tributes collectively, but being people from the Services, they had two things on their mind. The first was to organise the event and the second was to follow Covid guidelines.

“All of us devised a unique way and, according to the decision, the siren of the Colonel’s Academy school was blown exactly at 12 midnight at full volume. A two-minute silence was observed and the siren again blew at 12.02 am. Along with this, candles were lit in every house belonging to all the 55 members. Every member of these families paid tributes from their house. Thus, the event was a collective one and, at the same time, Covid protocols were also followed,” Col. Batra said.

He said that Col. Amit Sinha is the secretary of SAM, while Col. KK Sharma is the treasurer. Col. KK Sharma and deceased Gen. Rawat were course mates at the National Defence Academy (NDA), Pune, from 1974 to 1977. Recalling Rawat, Col. Sharma said, “Gen Rawat had done Junior Command, Senior Command and Higher Command courses at the AWC and he had done his Young Officer’s course at Belgaum. Also, he was posted as Senior Instructor at the Junior Command Wing at AWC during 2008-’09. He had always been very energetic and physically very tough, because of which he was distinguished, both as an officer and a sportsman.”

Former MCTE commandant Lt-Gen. MG Datar said, “When I got information about his accident through social media and news websites, I was sure that he would survive and come out of it in the same way as he had done a decade ago when he was the General Officer Commanding of 3 Corps. At that time, too, his chopper had crashed, but he was able to survive. But, this time, destiny didn’t allow him to walk out of the chopper.”

Remembering Rawat’s hardworking nature and commitment towards the work assigned to him, Datar said, “When I was ADG (Systems) as a Major-General at Army HQ, Gen. Rawat (then Colonel) was working under me on a project aimed at automation of information systems. Despite being an infantry officer, Rawat was such a member of my team who used to discuss on that innovation every time that he met me and used to remain at work for long hours,” said Datar. 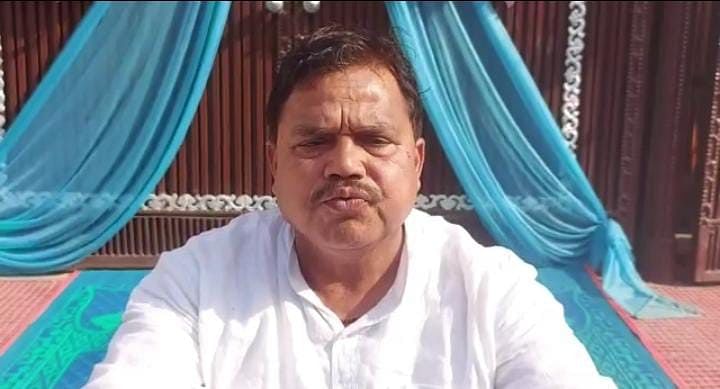 Madhya Pradesh: I will perform cleanliness for half an hour everyday for one month, says Energy...