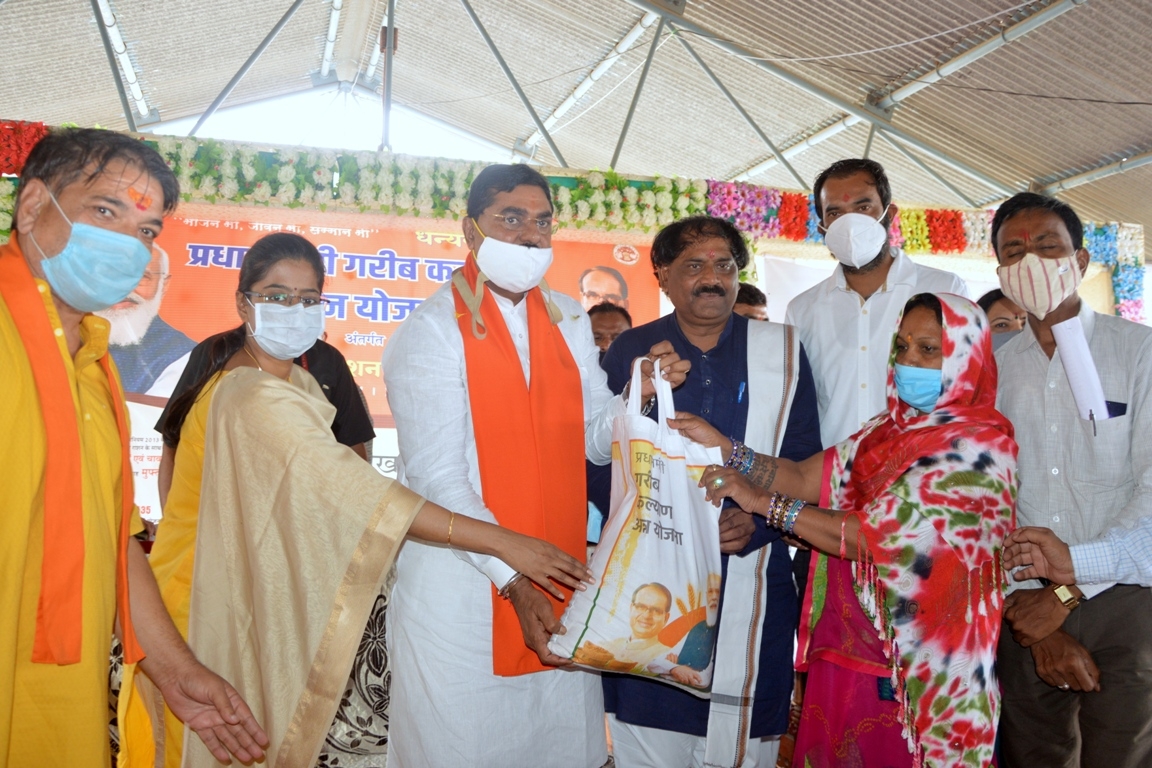 Bhikangaon (Madhya Pradesh): Ann Mahotsav was organised in the agriculture produce market of Bhikangaon on Saturday.

Agriculture minister and minister incharge Kamal Patel in his address said, “The public welfare schemes of the central government and the state government should reach the poor citizens directly. Action will be taken against any middlemen barring them from these schemes. Free ration will be distributed to each family member of the eligible beneficiary from May to November 2021. Wheat, rice at Rs 1 per kg and pulses, kerosene etc. will be given free of cost.”

MLA barred from the Utsav

Controversy erupted when MLA Jhuma Solanki was seen at bay. Reportedly, during the Anna Utsav, the MLA was kept away from the program. Neither the name nor her photo was in the government banner. No space was not given to her on the stage. Later the name was printed on the billboard.

Due to the continuous bumper arrival of cotton in the cotton market, the current market is not big enough. Mandi vice president Tarachand Dhangar demanded a new market. Kamal Patel has assured that soon the Bhikangaon cotton market will get a new place.

In the Anna Utsav program, Minister Patel laid the foundation stone of the proposed works for Jan Jeevan Mission for five villages of Bhikangaon block.

MLA Jhuma Solanki said, “Ever since this government has been formed, they have forgotten all the rules and regulations. In this regard a Protocol Monitoring Committee has been formed and I will complain in it.”

“From the invitation letter to the banner, everything came from the district. We only took mcareof the arrangements,” SDM LL Ahirwar said on being contacted.