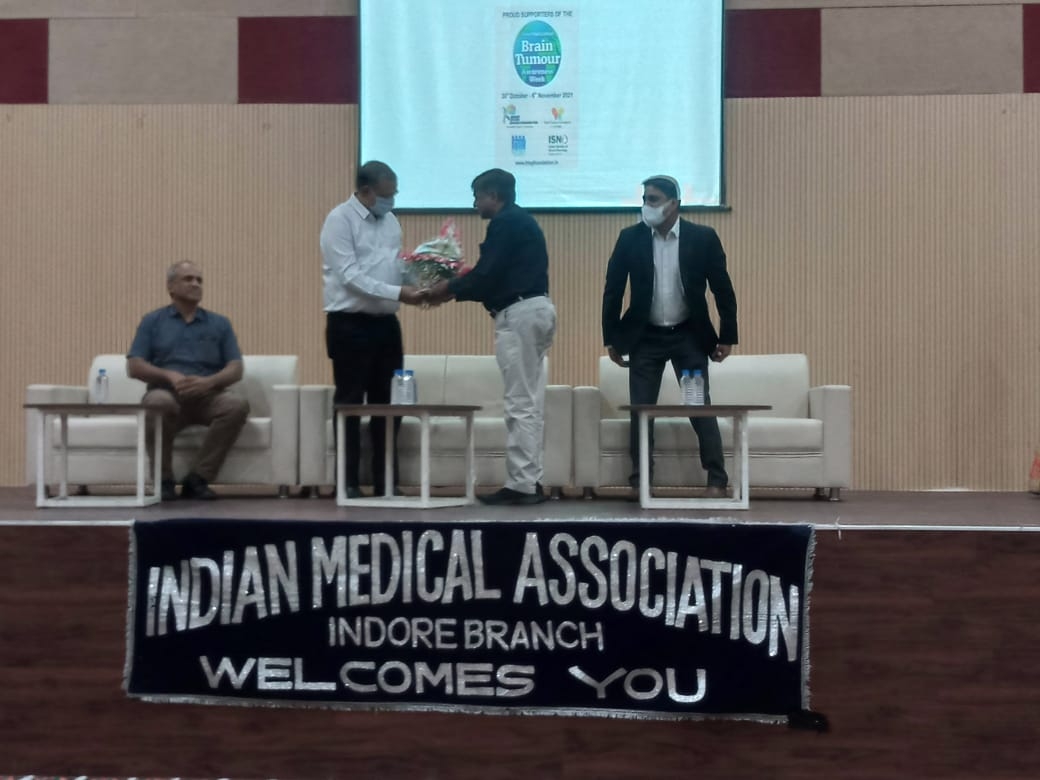 Indore (Madhya Pradesh): The prevalence of brain tumours is more in men than women but all the brain tumours are not deadly.
This was informed by the vice-president of the World Federation of Neurological Societies Dr BK Mishra while virtually addressing the Brain Tumour Awareness programme at Super Speciality Hospital on Monday.

He expressed satisfaction over the facilities and advancement in the treatment of the disease in our country.

President of Neurological Society of India Dr VP Singh also addressed the programme virtually and emphasized on most common symptoms of the disease including headache.

“Headache is the most common problem but it doesn’t mean that all headaches are caused due to brain tumours. Headaches due to anxiety, emotional stress, short term pain, that can be cured with pain relief are not worrisome but if the headache remains continuously for a long time and it increases gradually along with loss in eyesight and vomiting, then it is a matter of concern,” Dr Singh said.

He also added that instead of waiting for the worse, people should meet the doctor for the diagnosis and treatment.

Over 130 types of brain tumour

Neurosurgeon Dr Zafar Sheikh said that there are over 130 types of brain tumour but it doesn’t mean that all are deadly.

“Only one-third of all brain tumours are a cause of concern and two-thirds can be cured. With the advancement in medical science, life span and quality of life of patients suffering from malignant brain tumours has also improved,” he said.

Number of patients increased by 300 per cent in MY Hospital

According to histopathologist Dr Shikha Ghanghoriya, the number of patients coming for the treatment of disease is increasing as over 24-25 patients per year were reported in 2014-15 but it increased to around 75 in 2018-19 which is about 300 per cent.

Dr Ghanghoriya explained about diagnosis of brain tumours while Dr Manish Verma told about the importance of radiation therapy in treatment.

Headaches, which may be severe and worsen with activity or in the early morning.